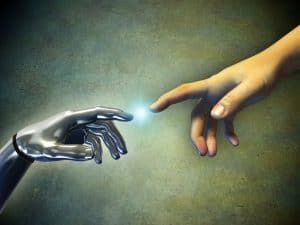 The goal of the optimization algorithm is to make it easier for businesses to understand the potential of their robotics investments.

It’s been a great few years for robotics, and a new optimization algorithm adds to the pile of advances. The new algorithm helps in applications where humans and robots share duties.

If you imagine an assembly line, humans and robots working together seem like a great way to optimize production. However, safety concerns and convoluted training time (for the robots) make it challenging to realize the partnership’s full potential.

Researchers from Wuhan University of Science and Technology and the University of Leicester are trying to address this issue. They devised an algorithm based on the flight patterns of migratory birds. It selects an optimal solution – in this case, one that reduces cycle time and optimizes the total cost – to help production managers better estimated the costs of purchasing robots and the potential cycle time.

The idea is to help reduce waste while redesigning assembly lines. Because robots are still nearly cost-prohibitive for many businesses, the team wants to make robotics more cost-efficient and create an organizational structure that best uses both human labor and robotics on the line.

The researchers tested the algorithm against several different scenarios. In each, different robots work together to assemble goods. Such a scenario achieved better, or at least similar results compared to other models widely used for the same task.

As researchers continue to work on this algorithm, they hope to improve its results further. As the first optimization algorithm to consider the purchase cost and cycle time, the goal is to make it easier for businesses to understand the potential of their investment. In the future, the team is hoping to incorporate other factors into the algorithm’s considerations to increase the algorithm’s value to prospective robotics buyers.

The team hopes the algorithm will make using robots to support human workers easier in the future. As more companies make the investment, the researcher team’s work could help make businesses more comfortable with the outcome.