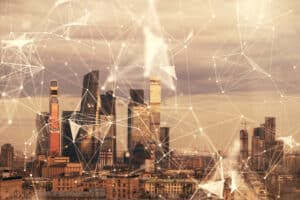 A new research collaboration will focus on Superlearners, a foundational machine learning technology that enables autonomy for all building applications.

Move over smart buildings. There is growing interest in autonomous buildings. Just last week, the Pacific Northwest National Laboratory (PNNL) and PassiveLogic announced they are partnering in an effort to further develop deep artificial intelligence for predictive building controls. Funded by the U.S. Department of Energy (DOE) to support its mandate to improve the energy efficiency of four million buildings by 2030, the 24-month research collaboration will focus on Superlearners, a foundational machine learning technology that enables autonomy for all building applications.

Why the need for such technology? Commercial buildings in the U.S. consume 13.6 quads of electricity (about 35 percent of electricity consumed in the U.S.) and generate 826 million metric tons of carbon dioxide emissions (16 percent of all U.S. carbon dioxide emissions), according to the U.S. Department of Energy. To put that energy consumption into perspective, consider that the total energy used for transporting people and goods from one place to another in the U.S. accounts for “only” 28 percent of the total energy used.

“The only way to meet the world’s decarbonization goals is through breakthroughs in building automation and control,” said PassiveLogic’s CEO, co-founder, and technology architect Troy Harvey in a releases statement.

PNNL’s Autonomous Learning and Reasoning team initiated the PassiveLogic collaboration in a partnership called a Cooperative Research and Development Agreement (CRADA), which has long been a DOE tool for encouraging public-private collaborations and advancing technologies in the marketplace. The DOE will fund $1 million for the PNNL to contribute to PassiveLogic’s technology.

The agreement will enable PNNL and PassiveLogic to jointly develop and apply their capabilities. The goal is to develop technology that will help energy systems in buildings, such as heating and cooling units and lighting, become fully autonomous, capable of identifying and addressing their own operational issues, and able to self-optimize their operation.

See also: Are Autonomous Buildings on the Horizon?

Buildings, like cars and other things being made intelligent, have different levels of smartness. Take a simple area of focus in a car like lane departure safety. Some autos have a basic feature that warns a driver if the car is straying from a lane. Others bundle self-corrective steering on top of that. Thus, offering a higher level of functionality. And some add autonomous driving that would not only keep the car within a lane on a highway but would rely on many other systems to fully navigate a complex path from one location to another.

Similarly with buildings, there has been a focus on moving from relatively simple things smart solutions for temperature control to melding multiple smart systems (e.g., smart elevators, smart lobbies, etc.) that try to address higher-level functions like optimizing the environmental impact of a building and enhancing the comfort and security of its occupants.

One also can envision autonomous building security systems. An example would be a system that analyzes video from a network of cameras for multiple purposes. Rather than having a guard watching monitors, such a system could be used to spot intruders or automatically open a door as a known occupant arrives.

Moving the bar ahead on technology

Autonomous buildings will rely on predictive systems that use real-time and historical data about an asset to spot trends that might lead to problems. They will make inferences to help problems in the making. Once detected, an autonomous building would automatically trigger corrective action. That, in essence, is the goal of the PNNL and PassiveLogic partnership, which focus on developing deep artificial intelligence for predictive building controls.

Another factor to consider is that smart buildings do not exist as isolated entities. They would be part of a smart city that included interplay between smart systems for water and sewerage, traffic management systems, trash removal, and recycling.

An example of the work being done in this area is the Milan Innovation District (MIND) project. MIND is a major new district for science, knowledge, and innovation on the former Expo site in Milan, Italy. The new district’s master plan includes the development of a hospital, university, and international research center. The project’s focus is to build sustainable urban facilities that automatically adjust to conditions and efficiently use resources. It is one of the many showcase projects for autonomous buildings emerging around the world.