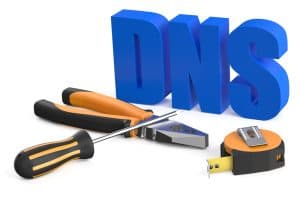 Mainly worried about disruptions resulting from centralized services, officials believe the project would alleviate some concerns about a single disruptive event wiping out service.

The European Union is in talks to build its own recursive DNS infrastructure to make available to EU citizens and institutions for free. The proposed service, named DNS4EU, hasn’t moved past the planning stage just yet, but the EU expects the service will serve all 27 member states.

After the consolidation of DNS providers around a handful of non-EU agencies, leaders within the cooperative began to think of solutions. Mainly worried about disruptions resulting from centralized services, officials believe the project would alleviate some concerns about a single disruptive event wiping out service.

Other motivating factors include increased concerns about cybersecurity and data privacy. The project signals another step in Europe’s efforts to protect citizens from threat actors and provide some autonomy over data usage.

As a result, the EU plans to leverage powerful filtering capability to help block malicious domains. Filters are based on threat intelligence feeds provided by partners such as national CERT teams. These filters could also help stem criminal activity by actively blocking prohibited content. (It should be noted that much of this work started well before the Russian invasion of Ukraine. Such issues are increasingly important now that the war is underway and there are growing threats of cyberattacks.)

Some speculation over DNS infrastructure sustainability and scale

Europe’s desire for digital sovereignty may be driving these talks, but others speculate on how the service will proceed. The EU will prohibit monetization of user data, and currently, it’s unclear what incentive other service providers have to promote the system.

Despite compliance challenges, the EU believes a sovereign DNS infrastructure is the best way forward to ensure access for its citizens and maintain an effective alternative to privately held DNS services. Though it hasn’t moved past talks, it could lay the foundation for similar networks elsewhere.

Leaders suggest that even the existence of a free, open DNS infrastructure originating in the EU would be a win. Currently, there are few to no alternatives to non-EU-based services; even if citizens continue to use other services, the implications of EU digital autonomy are far-reaching.