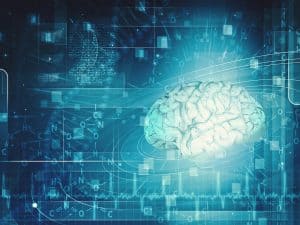 The US government sees a need for increased emphasis on artificial intelligence (AI) research and development. To address this, the federal government plans to spend almost $1 billion in nondefense artificial intelligence research and development in fiscal 2020, according to a supplemental report to the president’s budget request.

Already work is underway across agencies to make use of all forms AI, including projects involving applications of continuous intelligence (CI) based on AI-assisted, real-time analysis of streaming data. Some examples of the diverse projects include:

NASA: To accommodate longer journeys, NASA is funding a project to build smart habitats that are livable and operate autonomously while vacant. This multi-university project, called the Habitats Optimized for Mission of Exploration (HOME), is starting small. It is using AI to analyze equipment power consumption.

With this information, the AI may be able to inform crew members of potential blackouts before they happen and provide detailed analysis of equipment energy consumption. While on a mission, the AI will be able to collect enough information to potentially spot faults, allowing the team to repair the part before it breaks.

When the habitat is vacant, robotic systems will step in for the astronauts, maintaining the facility and making repairs. In a long-term research project, this may include keeping plants alive, and the AI may run at low power to conserve as much energy as possible.

US Army: The Army believes smart cities technology could help the military perform better on the battlefield. To that end, it is examining how the Internet of Things (IoT) and smart city technologies can be used in combat situations.

Specifically, the Army Research Laboratories (ARL) is studying smart city infrastructure factors that might improve the military’s capabilities in dense urban environments. It’s part of their exploration of the latest spin-off of the IoT, the IoBT, or the internet of battlefield things. They want to see how the IoBT can use sensors and other IoT technology and are doing so by testing a long-range, wide-area network (LoRaWAN).

LoRaWAN is used to connect large deployments of IoT devices over long distances and is a popular networking protocol for smart cities. The ARL wanted to see how it would work in cramped urban situations with tall, potentially signal-obstructing buildings.

The Navy already deploys a wide range of sensors to check things like reduction gears, turbines, generators, and air conditioning plants. The DUI wants to expand that data collection, to include an overarching system that can notify Navy officers of issues.

The effort will use predictive maintenance enabled through small IoT devices to help track the health of specific parts of a ship. AI systems would provide an overview of the entire operation, with the ability to quickly spot any abnormalities. While it is likely that most of the repair and decision work would remain with Navy officers, having an early warning system could avoid expensive repairs or failures in battle.

Department of Energy (DOE): The Energy Department recently announced plans to launch a $5.5 million research center to solve some of the world’s most complex challenges in artificial intelligence.

Researchers from Energy’s Pacific Northwest National Laboratory, Sandia National Laboratories, and the Georgia Institute of Technology will work together in the newly unveiled Center for Artificial Intelligence-Focused Architectures and Algorithms, or ARIAA.

The collaborative center will prioritize four specific research areas, including the power grid, cybersecurity, graph analytics, and computational chemistry. ARIAA’s approach will be centered around a concept known as “co-design,” which will balance the capabilities of hardware and software as they optimize computer architectures and algorithms to address a given challenge using AI.

AI.gov: Many government agencies are pursuing AI projects. There is little coordination before agencies or groups. While there are fascinating projects in different agencies, there is a concern that new insights and developments are not being shared across agencies and that many AI systems are not interoperable.

To help address this, AI.gov will act as a central repository for information about AI-related projects occurring across various agencies. The information available through the site will include policy initiatives, regulatory hurdles, as well as fact sheets and other resources.

The hope is the site will aid agencies in coordinating their research and development efforts. At this time,  the site has one section that provides an overview discussing the roles that AI will play in the US and a separate section that contains documents, fact sheets, speeches and interviews, international happenings, notable media coverage, and information in general about current administration’s and previous administration’s AI initiatives.