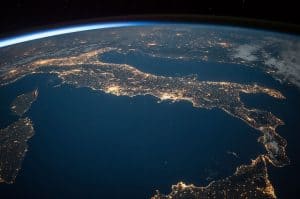 To accommodate longer journeys, NASA is funding a project to build smart habitats that are livable and operate autonomously while vacant.

The next ten years may be the most active time since the Cold War for manned space missions, with renewed interest from the U.S. government and large private investment.

To accommodate these longer journeys, NASA is funding a multi-university project, called the Habitats Optimized for Mission of Exploration (HOME). The project aims to build smart habitats that are livable and operate autonomously while vacant.

Building an AI that can interpret a small amount of data – that of equipment functionality in space – is a difficult task, especially when errors in data analysis can have severe consequences. The team is starting small, having the AI analyze equipment power consumption.

With this information, the AI may be able to inform crew members of potential blackouts before they happen and provide detailed analysis of equipment energy consumption. While on mission, the AI will be able to collect enough information to potentially spot faults, allowing the team to repair the part before it breaks.

“How do you conduct automated fault detection and diagnosis without a lot of system data? This is where AI comes in,” said Mario Bergés, research team lead at Carnegie Mellon University. “We have machines that learn by themselves if you give them enough data, but we don’t have a lot of machines that can reason by using existing engineering knowledge, which can reduce the amount of data they need.”

When the habitat is vacant, robotic systems will step in for the astronauts, maintaining the facility and making repairs. In a long-term research project, this may include keeping plants alive and the AI may run at low power to conserve as much energy as possible.

Handing over control of the habitat to an AI may give some flashbacks of HAL 9000, the rogue AI from 2001: A Space Odyssey. Hopefully NASA’s will not have a fear of disconnection or have the ability to read crew member’s lips.