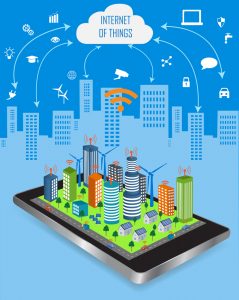 The Army is examining how IoT and smart city tech can be used in combat situations.

Smart cities could help the military perform better on the battlefield. The Army Research Laboratories (ARL) is studying smart city infrastructure to learn its ability to enhance military capabilities in dense urban environments.

This investigation, a spin-off of the IoT — the IoBT (Internet of Battlefield Things) — analyzes the effectiveness of using sensors and other IoT technology. The IoBT aligns with the Army’s goal to modernize, which includes providing soldiers with access to the best communications and network technology.

The team faced several challenges including inaccessibility of several roadways. To meet its objective of getting as much comprehensive coverage as possible, researchers spread data collection over multiple routes and urban terrains. Then researchers studied the data to evaluate coverage gaps and data rates.

One short-term goal involves developing urban terrain profiles to include buildings and natural terrains, which future research will apply to analyze network coverage and capability.

The IoBT and IoT show significant promise in assisting military operations. “IoT infrastructures may be deployed in a variety of settings,” says James Michaelis, ARL computer scientist. “One is Army installations, which can be viewed as cities in their own right and represent a target for modernization. Such modernizations will likely include smart infrastructure and intelligent systems that operate them.”