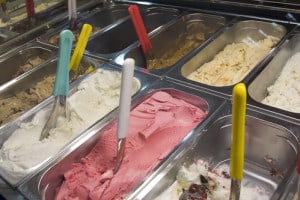 A refrigeration control system by Monnit Corp. was used to prevent Ben & Jerry’s ice-cream from being ruined, as well as conserve electricity.

Many things in this world get wasted, but to have thousands of dollars of Ben & Jerry’s ice cream go to waste seems unfathomable. In a recent article, Network World’s Michelle Davidson describes how a San Francisco-based location of the chain faced such a challenge: Unreliable refrigeration control on a walk-in freezer would occasionally shut it down and ruin an entire inventory of ice cream.

According to John Slater, chief euphoria officer for Udder Ventures, the maker of Ben & Jerry’s, the store’s freezer kept shutting off because it wasn’t properly calibrated for the local climate. The shop did have sensors that sent out alerts when the freezer shut down, but the alerts did not provide specifics if the system was shutting down as part of a four-times-a-day defrost cycle, or if it was a more permanent shutdown.

The automatic thermostat tripping problem was eventually resolved, Davidson relates, but the store’s managers wanted a solution that provided more automatic, intelligent responses to temperature issues, versus the false-positive alerts that could crop up.

Having the Monnit sensor system in place has not only saved thousands of dollars in potential lost ice cream, but also has helped the shop’s management’s productivity as well, Network World’s Davidson relates. As more intelligent alerts are delivered, managers can make the decision whether to run over to the store, or to call a repair service. Plus the store is able to better conserve electricity.