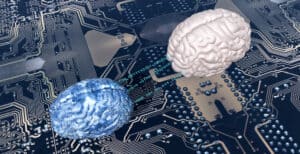 Look for a big year ahead for artificial intelligence, but some caution that we will see a “shocking rollout of AI way before it’s mature or ready to go.”

Much of the past year has been dominated by talk of artificial intelligence, from speculation about where it can go wrong to eye-opening developments, such as the release of ChatGPT, which opened up AI to the masses. With so much going on, there will be no letup in AI developments through the year ahead.

Many look to AI to make predictions, but for predictions on AI itself, we turn to more human sources. Here’s what ahead in AI through the months of 2023:

Greater AI democratization: “We’ll likely mark 2022 as the year when AI became truly accessible to the general public. Achievements in transformer architectures such as DALL-E, Stable Diffusion, and ChatGPT will revolutionize many industries in the years to come.” according to Grace Chang, founder and CEO of Kintsugi, quoted in Forbes.

AI outrunning human oversight: The year ahead will see a “shocking rollout of AI way before it’s mature or ready to go,” says Russ Altman, professor of bioengineering, of genetics, medicine, and biomedical data science and associate director of Stanford HAI. “I’m worried that our current government paralysis is not going to move forward on any kind of meaningful regulation, and some areas certainly need regulation. I expect a hit parade of AI that’s not ready for prime time but coming out because it’ll be driven by over-zealous industry.”

AI is becoming people’s co-pilot for creativity, AI has become “a new tool for the creative process,” according to predictions from Accenture. “Suddenly, neural networks have been made widely available to create language, images and music with very little effort or skill. This is an incredible breakthrough for creativity. Companies need to consider how they will stand out in the sea of AI-generated content and how they use AI to enhance the speed and originality of innovation.”

See also: What Data Engineers Need to Know About Recommender Systems, According to ChatGPT

Accelerated edge. “In the past, AI automated operational decisions such as call center operations. In 2023, I want to see algorithms used at the strategic level to develop new business models,” says Vijay Govindarajan, professor of management at The Tuck School of Business at Dartmouth, quoted in Forbes. “AI can drive this transformation journey for all industrial companies, including Deere, GM, and Rolls Royce.”