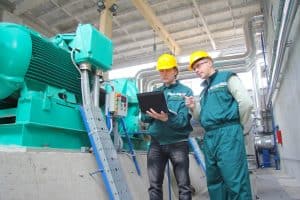 CI based on analysis of sensor and IoT data can help spot state changes in devices and make predictions about an asset’s failire probability.

Analysis of real-time and historical data about an asset can spot issues that might lead to the failure of a part or device. Compared to calendar-based asset replacement, predictive maintenance is much more effective at preventing downtime, while getting the maximum life out of a part or piece of equipment. As such, predictive maintenance is a killer app for continuous intelligence (CI).

Such capabilities can help identify parts or equipment that are likely to fail before their scheduled replacement and maintenance time. The true benefit comes with artificial intelligence is used to detect a potential problem. If this intelligence is then used by an expert system, alerts can be sent before problems occur, and corrective action based on information derived can be delivered to those charged with maintaining equipment.

Why are such capabilities so critical?

The cost of downtime in industries including manufacturing, aviation, energy exploration, utilities, and telecom is staggering. An average offshore oil and gas company experiences about 27 days of unplanned downtime a year, which can amount to $38 million in losses. In some cases, this number can go to as much as $88 million.

The role of CI in predictive maintenance

CI based on analysis of sensor and the Internet of Things (IoT) data can help by spotting state changes in devices and making predictions about the probability of failure of an asset.

Why is CI needed? Traditional approaches to maintenance of waiting for something to go wrong are incredibly bad for business. And replacing parts based on manufacturers’ calendar-based maintenance schedules can result in good parts being replaced well before they will fail.

Rather than reacting after the fact, CI insights into the root cause of the problems that lead to downtime, defects, inefficiencies, or missed opportunities beforehand can potentially cut costs and improve operational efficiencies.

Increasingly, industries are using IoT devices to collect those insights, using the devices to get information about every aspect of their operations. Unfortunately, one problem most companies encounter is that IoT devices produce very large volumes of data. One industry report estimates that the amount of data produced by IoT will reach 4.4 zettabytes by 2020, from just 0.1 zettabytes in 2013.

Making use of such data, which is continuously generated, requires new strategies. The data cannot simply be stored and then analyzed later. The real value comes for doing real-time analysis as the data streams in. To derive insights into such data streams, many companies are complementing traditional analysis with real-time, artificial intelligence (AI) and machine learning (ML) algorithms. Such an approach lets businesses get decision-making information out of the data in a timeframe that will allow a company to take pro-active actions.

Specifically, industrial uses of AI and ML applied to IoT data is seen as a great way to improve maintenance forecasting and other aspects of operations. The reason: AI and ML can help make predictions about complex systems. This can help reduce machine downtime through predictive maintenance.

The one obstacle that is preventing the rapid adoption of CI for preventive maintenance is infrastructure. Today, most organizations do not have the infrastructure to take full advantage of CI applied to streaming IoT data.

What are the issues? Large industrial organizations can collect billions of data sets from machines, sensors, and internal business applications. As organizations move to new IoT initiatives, it’s important to consider new technologies and processes that will keep up with this huge influx of data.