Home / From Our Experts / Manufacturing Leads the IoT Pack 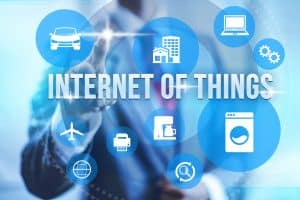 Everybody asks which industry is going to adopt IoT first. It’s manufacturing because it was the first industry to start looking at it seriously.

Nothing demands more real-time capabilities than ambulances. Life-or-death decisions require information on the go, and new solutions being tested under the auspices of the Industrial Internet Consortium (IIC) are enabling real-time delivery of information between ambulances and medical practitioners.

IIC’s INFINITE Testbed has been applied to ambulances operating within County Cork, Ireland, the testbed’s first instance of the sharing of resources between regional and national governments. “A person’s healthcare data is downloaded real-time from the healthcare records in the national healthcare system of Ireland, and uploaded directly to the ambulance,” Dr. Richard Soley, executive director of the IIC, explained in a recent Q&A with
Ed Maguire of Momenta Partners. “They’ll know if you’re allergic, have Alzheimer’s, or diabetic, and can do a better job treating you. Furthermore, what happens in the ambulance is typed in and goes back to the hospital, and a treatment plan and stabilization can be planned ahead of time before arrival, so you don’t have the normal screaming and yelling in the emergency ward when the ambulance arrives.”

See also: Seeing the IoT Promised Land is One Thing – But Getting There?

While the project demonstrates significant advances in real-time healthcare delivery, there is still one particular industry that’s leading the way with IoT. “Everybody asks which industry is going to adopt IoT first,” Soley says. “I actually know — it’s manufacturing. Not because manufacturing is particularly susceptible to IoT, but because it was the first industry to start looking at it seriously. About 40 percent of our testbeds are manufacturing-related. It’s just as applicable to healthcare and agriculture and energy grids as it is to manufacturing, but manufacturing seems to be ahead.”

One of IIC’s earliest testbeds — designed to support manufacturing environments — has provided the proving ground for an industry standard — a rarity in the industrial IoT space. The testbed technology, Track and Trace, employs sensors in tools on the production floor to help workers secure them as needed, and is evolving into a standard — Simple Electronic Notation for Sensor Reporting (SENSR) — formulated within the Object Management Group, of which Soley is also CEO.

However, developing standards in the IoT world is challenging, he continues. “Most of the standards that are being investigated for IoT are not based on real testbeds, unfortunately, and are focused on the easiest part of the problem, which is communications. The hardest part of the problem is semantics. Once I’ve gotten a bit from me to you, what does it mean?”

The Track and Trace initiative meets the needs within one industrial vertical testbed Many cross industry boundaries, such as the INFINITE Testbed. In addition, Soley says, “we have other specifications standards were going to do in healthcare, transportation, and energy grid management.”

There are positive effects seen in the technology and IoT revolution ahead. Soley is optimistic that the technology revolution is going to generate more jobs than it takes away. “During the industrial revolution, hundreds of thousands of weaving jobs were lost,” Soley says. “Technology always wins out in the end. Our jobs are to figure out what the new jobs will be. Because there are going to be new jobs. When there was only one webmaster in the world, Tim Berners-Lee, nobody could have guessed there would be tens of millions webmasters worldwide. The increase in productivity created consumer demand, which created jobs. and I think that’s going to happen again.”