Home / Analytics / Smart Cities: A Look to the Future Should Guide the Way
Sponsored by Dell Technologies 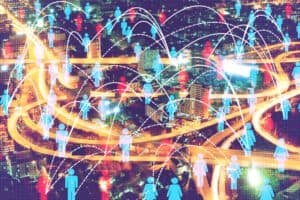 Most smart cities are conceived with the goal of improving services, reducing the use of resources, and the enhancing the quality of life of current residents. Many focus on the needs of today. What is often neglected is to take into account the expected population shift that experts are predicting will happen in less than 30 years. As such, any plans, pilot programs, and implementations must build in flexibility to scale and easily incorporate new technologies as they become available.

Let’s take a step back and look at the current demographics of the world’s cities and what experts believe is in store in the near future. According to the World Bank, “some 56% of the world’s population – 4.4 billion inhabitants – live in cities. This trend is expected to continue, with the urban population more than doubling its current size by 2050, at which point nearly 7 of 10 people will live in cities.”

While 2050 may seem far off in the future, consider that many major urban projects take decades to complete. For example, the Big Dig in Boston, which rerouted the Central Artery of Interstate 93 (I-93), the chief highway through the heart of the city, into a 1.5-mile tunnel, began planning in 1982 and was completed in 2007. Another major project, New York’s Second Avenue Subway, was proposed in 1929, voters approved bond acts to fund the project in 1951 and 1967, digging began in 1972, and phase 1 opened in 2017.

Why the urban population shift matters

This gets to the crux of why smart cities and smart city planning are so critical. Cities consume enormous amounts of energy and water. And city governments must constantly deal with sanitation, traffic, and other issues. The hope is that smart solutions can be applied to address many, if not all, of these issues and challenges.

The key to smart cities is the digital technologies they are built upon. Digital technologies like edge computing, smart sensors, 5G, digital twins, analytics, and AI are the enablers that help improve the quality of life of a city’s citizens and aid urban planners.

Given the significant economic and environmental impact cities can have on a global scale, several initiatives are trying to bring some semblance to the way smart cities are developed. The initiatives also realize that many cities will not have the expertise to get projects underway or complete them.

One initiative, the World Bank’s Global Smart City Partnership, organizes and sponsors knowledge-sharing events, such as seminars, webinars, workshops, and conferences. The goal is to facilitate knowledge-sharing among smart city experts and cities. Events have covered topics, including how cities can use different technologies to foster sustainability. 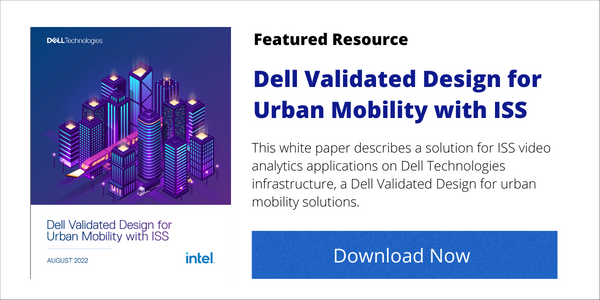 Within the World Bank, the International Finance Corporation has developed a smart city toolkit that “offers a practical approach to prioritizing initiatives that makes cities more livable and sustainable while realizing their potential as engines of growth.”

Another effort, under the auspices of the United Nations Development Programme, is the Singapore Global Centre. The center also recognizes that the underlying technology and innovation that underpins any smart cities initiative – although sometimes complex – is often the simplest aspect. The center notes that failures of smart cities are “often due to organizational culture, difficulties in achieving behavior change, lack of technical expertise and leadership, and a singular focus on technology – as opposed to the needs and realities of users and intended outcomes. As such, it notes that experienced, smart city experts can minimize or remove these risks.

The center’s smart cities program is split into two broad aspects: thematic ‘city challenge’ areas and foundational smart city ‘drivers.’ These two aspects are underpinned by the group’s guiding principles of taking a systems approach, prioritizing inclusivity, and sustainability. The goal of any smart cities project should focus on being practical and outcomes-focused.

See also: Smart Cities Are Already Online, And Getting Smarter

Such global efforts offer educational resources, knowledge sharing with experts, and high-level guiding principles and strategies. They must be back with scalable technology that allows the use of data, 5G, analytics, and AI to put the smarts in smart cities.

There are some indications that the industry is responding. Many vendors and service providers that seek to play in the digital cities space are developing broad partnerships and expanding their ecosystems.