Home / Analytics / Artificial Intelligence will Power Most Factories and Facilities 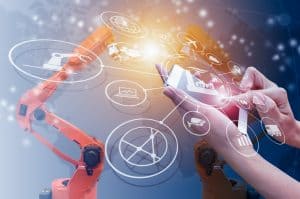 Within five years, more than half of leaders in the manufacturing and utilities sector expect artificial intelligence to be controlling high-value assets such as industrial plants, equipment, and machines.

That’s the word from the “Next-Gen Industrial AI” survey of 515 executives released by Siemens, which. More than half, 54%, believe that within the next five years, AI will autonomously control some of their organization’s high-value assets.

There are a wide range of use cases, and for starters, the survey’s authors point to health and safety. A large set of respondents (44%) believe that, over the course of the next five years, an AI system will autonomously control machines that could potentially cause injury or death. “This is important because while AI methodologies are similar across industries, the consequences of failure are not,” the survey’s authors point out. “In many industrial organizations, bad decisions can leave thousands of people without a train to work; millions of dollars can be lost if machinery overheats; slight changes in pressure can lead to an environmental catastrophe, and innumerable scenarios can lead to loss of life.”

Artificial intelligence vs. human: Who decides?

Executives were asked how AI implementations will play out as they are introduced to factory floors, facilities, and transport fleets. For example, 56% said they would accept the decision of an impressive AI model over an experienced employee (44%), where the decision would have major financial consequences.

The kinds of data that will most likely feed these AI implementations will come from equipment manufacturers (71%), followed by internal data from other divisions, regions, or departments (70%), data from suppliers (70%), and performance data from sold products in use with customers (68%).