Gary A. Griffiths is president and CEO of iPass Inc. Previously a member of iPass’ Board of Directors, Griffiths was also co-founder and CEO of Trapit, Inc., a leading provider of SaaS-based applications for sales and marketing automation. A 35-year veteran of the high-tech industry, Griffiths has led some of the Web’s most innovative companies. He has held leadership positions at a number of large and prominent software companies. Prior to founding Trapit, he was president of products and operations at WebEx, acquired for $3B by Cisco Systems, Inc. Griffiths was also co-founder and Chief Executive Officer at Everdream Corporation, a SaaS company, from 1999 to 2005, as well as Chief Executive Officer at HEAT.net from 1996 until its acquisition by Sega, Inc. in 1999. 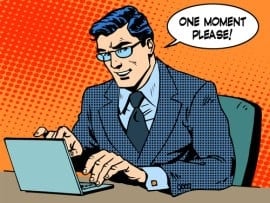 An IoT device is only as good as its