Rohit De Souza serves as Chief Executive Officer. Rohit brings nearly 25 years of blue chip, strategic technology and change management experience to the role, having driven results at both large enterprise technology companies and smaller, early-stage ventures in a global context. Prior to his appointment at Actian, Rohit held the President and acting CEO position at BeyondCore, where he refocused its go-to-market strategy and drove the acquisition of the company by Salesforce. Prior to BeyondCore, Rohit held multiple leadership positions at HP, including Vice President and General Manager for HP Software – Autonomy / IDOL and prior to that Vice President and General Manager for its Retail Publishing division, where he was responsible for the business’ exponential growth and established HP as a leader in worldwide retail photo and publishing. Rohit has held leadership roles at Siebel, Oracle, Booz Allen & Hamilton and Intel, where in each instance he contributed to the accelerated growth and market success of the firm. Rohit holds dual master’s degrees in engineering from the University of California at Berkeley and an undergraduate degree in engineering from Madras University in India. 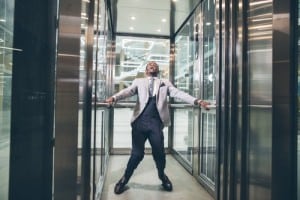 5 Tips to Keep from Getting Trapped in the Cloud

Though the cloud makes it easy, being able to collect a lot of data isn't really enough. Now enterprise needs to be agile in working with the cloud, too.