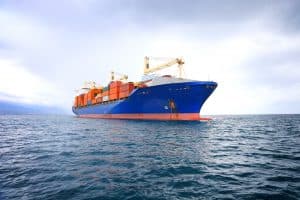 Technology demonstrations in 2020 show the progress that has been made in bringing autonomous watercraft closer to commercial use.

Autonomous cars and delivery drones (both ground and air-based) got lots of attention this year. But perhaps going unnoticed were significant developments in autonomous watercraft.

There has been a strong interest in autonomous watercraft for years. For the better part of the last decade, the U.S. Navy has been investing in autonomous boat technology for reconnaissance, payload delivery, and for decoys. It believes automation will save lives because fewer people will be on the ships that perform those duties.

Much of the technology the military has been exploring has commercial use, too. And for the same reasons. Autonomous systems make ships safer and more efficient, reducing the number of crew members, and alleviating the need for keeping qualified crew members on board for months on end.

The benefits are astounding. A past RTInsights article on the Internet of Boats noted: “Eliminating the crew alone would slice a commercial ship’s costs by up to 44 percent by removing the need for salaries, quarters, air-conditioning, and so much more. Such a change could make a ship 5 percent lighter and use 15 percent less fuel.”

Autonomous watercraft have similar technology challenges as drones and self-driving cars, trucks, and buses. They all need many discrete systems to aid with location determination, object detection, video imagery analysis, decision-automation, and more. Each area has technical nuances that must be addressed. And then, these discrete systems must be integrated and work together. Some technology demonstrations in 2020 show the progress that has been made with water-based crafts.

IBM and a global consortium of partners, including marine research organization ProMare collaborated to build an unmanned, autonomous ship to celebrate the 400th anniversary of the Mayflower voyage.

The project combined server, cloud, and edge technologies with AI to run the ship and guide it, avoiding ocean dangers as it sails from Plymouth, England to Plymouth, MA. Additionally, the ship carried research pods containing sensors and scientific instruments used to gather data in a variety of critical areas, including sea level mapping, ocean plastics measurement, marine life monitoring, and maritime security.

According to IBM: “The Mayflower Autonomous Ship (MAS) features an AI Captain built by ProMare and IBM developers. The AI Captain gives the MAS the ability to sense, think, and make decisions at sea with no human captain or onboard crew.” MAS launched in September and will spend six months in sea trials, undertaking various research missions and voyages before attempting to cross the Atlantic in Spring 2021.

The Greycraft water taxi concept is a fully contained, solar-powered, AI-enabled autonomous vessel. It uses Buffalo Automation’s AutoMate, a predictive boat navigation system that guides large commercial ships. The system uses AI, neural networks, and thermal imaging technologies to identify even the smallest obstructions and safety issues. And it then provides critical warnings and assistance in safely navigating around them. AutoMate has already been adopted by multiple commercial ships operating on the U.S. Great Lakes.

The water taxi demo used Pegasus, a consumer version of the AutoMate system, designed for smaller recreational boats. Pegasus offers comprehensive navigation and safety. It works with traditional gas-powered boat engines. However, in the demo, the Pegasus technology has been adapted to provide a fully autonomous boating experience in a new product line called Greycraft that combines electrification, renewable energy, and modular design.

A look to the future

The IBM and Buffalo Automation demonstrations are helping prove out the technologies needed for autonomous systems on water. They show that the needed technology is maturing, as is the case in ground-based and flying self-guided systems.

More developments and success are highly likely, especially as more powerful compute engines (processors, GPUs, as well as new embedded and edge computing resources) come to market. These devices will let AI algorithms run faster and help deliver the decision-making insights needed for autonomous operations. The new compute power will also allow more advanced AI algorithms to be used and will let AI run on the autonomous systems themselves.

Currently, technology is ahead of the regulations (as is the case in most fields). As the technical obstacles to autonomous watercraft and other systems fade, attention will need to be paid to resolving regulatory and government safety issues. Addressing these issues will be a major undertaking since we are talking about international governing bodies such as the International Maritime Organization (IMO), a United Nations agency that oversees shipping down to smaller government entities that mandate navigation and safety requirements on local passageways.