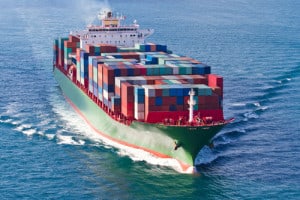 Businesses as large as Yamaha and Rolls Royce and as small as Sea Machines and Saildrone believe they can profit from autonomous ships and are sinking a lot of money in the technology.

Autonomous vessels are not just for the military, academics or hobbyists. Businesses both big and small are exploring the technology. Companies are investing in automation because they think it can improve their businesses in different ways such as making boating safer and more efficient, reducing the number of crew members and alleviating the need for keeping qualified crew members on board for months on end.

Eliminating the crew alone would slice the ship’s costs by up to 44 percent by removing the need for salaries, quarters, air-conditioning and so much more. In fact, such a change could make the ship 5 percent lighter and use 15 percent less fuel. Eliminating the crew is currently prohibited by the International Maritime Organization, a United Nations agency that handles shipping, so that will not happen in the short term. 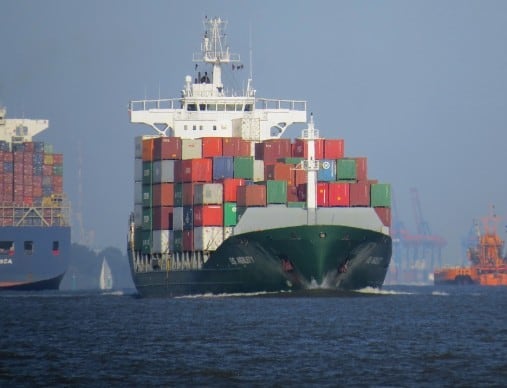 Imagine this ship without a single person on board and no need for food or air conditioning. (Source: Maxpixel.)

Instead, companies may elect to maintain a skeleton crew that can tend to the ship in difficult times. They could also choose to send a single manned ship alongside an autonomous fleet so the humans can take care of individual ships when problems arise. We are probably some distance away from using video and other such feeds to keep an eye on the workings of the ship from the shore.

While all ships are likely to be automated eventually, some industries may be quicker to adopt the technology than others. For instance, it’s difficult to imagine cruise ships being fully autonomous any time soon. While autonomous ships may be safer than manned ships – the United States Coast Guard says 75-96 percent of marine casualties are due to human error— passengers on cruise ships may feel safer if they see a crew on board. This is because many people are still wary of computers transporting them. If this sounds familiar, this is because you see a similar dynamic with cars, where people are still hesitant to let computers drive them around.

Various industries are tackling the Internet of boats from a variety of angles. For instance, Rolls-Royce is developing remote capabilities to help its customers perform maintenance from afar, finding ways to automate its customers’ operation and navigation, and creating a new workstation (see YouTube video below) for ship captains that uses a mix of user-interface graphics and overhead displays to give the captain a better understanding of the ship’s environment, how other ships are moving in the nearby waters, and giving him or her the capability to share his or her view with others to better guide the deckhands in their tasks. This technology is being presented as useful for crewed ships, but it is easy to see people using this technology to help onshore bases keep track of autonomous ships thousands of miles away.

A company that focuses more on automating the boats themselves is the Boston-based Sea Machines. This company builds autonomous dontrol & remote command systems for their existing and new ships. They also, in partnership with Jensen Maritime Naval Architects, sell customized autonomous boats. This company sells its technology as a way to make boats more capable of safely sailing through dangerous environments. These devices and programs appear to be designed for remote use as well as autonomous use, which may serve as an in-between method for those who want to save lives and ensure humans can still drive the vehicles.

Some of its vehicles, such as the Sea Machine V2, come with pilot houses and helms so they can be driven manually as well as autonomously. Yamaha is also developing an autonomous boat. Last year it unveiled the BREEZE10, an autonomous boat that will have the capability to perform tasks such as measuring the sediment level of dams. The company hopes to make it available for rental soon.

ASV also manufactures and sells autonomous boats. ASV promotes its boats for their capability to perform “manpower heavy solutions” such as remote sensing, data gathering, border surveillance and anti-submarine warfare in a wide range of industries such as energy, research, and military. These ships allow people to perform their tasks without having to worry about the engine room. 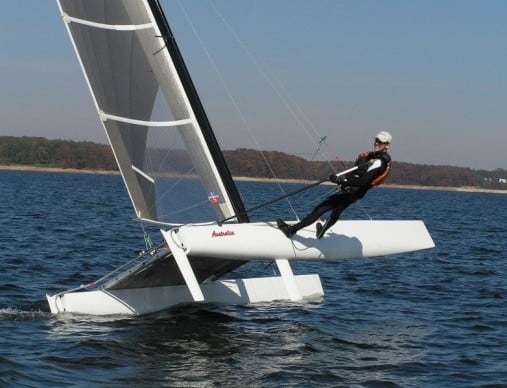 Imagine this boat, but with no one on it. That ship would be one of AMS’s catamarans or “datamarans.” Source: Wikipedia.)

Autonomous Marine Systems (AMS) uses fleets of sailing drones to collect and send hydrographic data. AMS’s catamaran drones, or “datamarans,” are solar-powered machines that collect data and send it through cellular networks. These drones can perform a variety of tasks such as acoustic data collection, surveillance, and transporting small payloads.

[ Related: Autonomous Boat Innovation Will Come From Hobbyists and Academia ]

Saildrone is also a company that uses drones to collect information. Its small ships are powered by the wind and sail up to 3-5 kts. Saildrone is offering to “take care of all live operations, from launch and retrieval of the drones to piloting the fleet in busy waterways” to ensure researchers can focus on their research.  They are designed to “augment” traditional ships with their customized sensors that can be used to analyze fish stocks and monitor the environment. Saildrone ships have already proven capable of skimming the edge of the Arctic ice cap and are capable of much more. Right now, Saildrone appears to be focused on research and aiding weather forecasters, but one can see the potential for taking part in measuring illegal fishing and policing the waters.

The Rolls Royce of autonomous ships

These ships are just the tip of the metaphorical iceberg, and you can only imagine what the industry will look like in the next 10 years. Businesses as large as Yamaha and Rolls Royce and as small as Sea Machines and Saildrone believe they can profit from this field and are thus investing a great amount of money.

We are still some distance from a world where unmanned ships filled with storage containers will cross the oceans as their human owners watch them from their bases in Xinjiang and Iowa, but we will get there. It will be fascinating to see the growth of the market, but automation comes with its own set of caveats.

[ Related: Why Autonomous Motorcycles Are Destined for the Road ]

Automation may save lives by preventing collisions through better communication and faster response times and preventing pirates from taking hostages or killing the crew. This means people must focus more on securing the ship, because  people will have to make sure the ships are secured from outside hacking (or people hacking from inside the ship) — but that is increasingly true of connected, manual devices as well. To take a landlubbing example, two hackers discovered that some nonautonomous Chrysler cars could be remotely controlled over cellular networks. If this can happen with cars, it can happen with boats as well.

These cyber security issues must be addressed when automation becomes the norm. Nevertheless, automation is worth pursuing, because the benefits to the shipping industry alone are staggering. It is estimated that 90 percent of the items we use have been transported by a ship. Automation of vessels can make a significant difference economically and research-wise. The possibilities of a connected, aquatic future are endless.