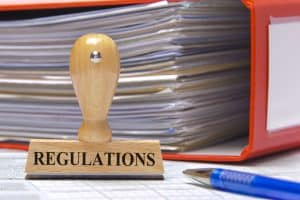 COVID-19 may force a reexamination of regulations for technologies such as deliver drones, autonomous cars, mass surveillance, and more.

Coronavirus has changed the day-to-day for millions of people around the world, suddenly unable to travel to work, meet friends and family, or visit restaurants, supermarkets, and shops.

In the short-term, there has been a remarkable rise in video conferencing and video streaming use, alongside one in every five of your Facebook friends pestering you to take part in some daily activity.

In the long-term, coronavirus may be the catalyst that pushes a few emerging technologies out of legislative gridlock. While there has been some progress before the outbreak, it has been woefully slow, with governments more concerned about faults than progress.

It’s been almost a decade since the first drone delivery services were tested, yet in the U.S. and Europe, drone delivery remains in the limited trial stage, delivering medicine and goods to testers in rural areas.

Turning these trials into commercial enterprises has been near to impossible due to stiff U.S. and European regulations, which limit the number of drones in the air, operation space, and delivery content.

The drones tested by Google’s Wing, Amazon’s Prime Air, Flirtey, UPS, and others are not unreliable, but as the fear of an accident is high (and likely), regulators have moved at a snail’s pace to open the skies.

While the Western world straggles along, Zipline Inc has proven the capability of delivery drones in Rwanda, where it has distributed over 26,000 packages to medical facilities in four years. In March, the U.S. startup built the world’s largest drone delivery network in Ghana, offering 148 medications on-demand to over 2,000 health facilities.

Zipline’s drone is able to fly for up to 150 km, far more than required for most “last-mile” deliveries these drones are expected to do.

But as shown in a recent Input Mag feature, once a town starts to see drones every day, a lot of the fears disappear. And once they do, people start to realize the immense benefits such a technology could bring.

While it’s unlikely the FAA will permit thousands of drones to start making deliveries across the U.S., the regulator should provide states with the power to run larger, commercial tests. This could run similar to Waymo’s autonomous pickup service in Arizona.

Not Having a Driver Has Its Advantages

Speaking of self-driving, the coronavirus is turning the tide of public opinion in favor of some forms of autonomous vehicles.

There are several reasons for this. Compared to a regular road accident, self-driving receives significantly more media attention. This has been coupled with many philosophical debates on the morals of autonomous vehicle AI. One that comes up, again and again, is what a robot would do in a complex, fatal scenario. As an example:

“If the car is about to hit an elderly lady who runs onto the road, would it hit her or divert and potentially kill a 13 year old child on the sidewalk?”

It’s ridiculous scenarios like these, which are shown to be asinine because no human could make a perfect split-second decision, that have forced the industry to spend a lot of time debating the ethics and devaluing their technology to driver-assistance, instead of full autonomy.

As a report by the RAND Corporation said in 2017, the longer we wait for a perfect system, the more people die on the road due to human error. While autonomous vehicles will not reduce deaths by 90 percent in the short-term, the figure could be 20 percent lower, while also reducing the amount of congestion, parking space, and cars in metro areas.

The National Highway Traffic Safety Administration (NHTSA) has engaged with autonomous vehicle research but has yet to permit fully autonomous vehicles, without human controls, on the road. That may be delayed further due to Waymo, GM’s Cruise, Uber, Argo AI, and other startups halting operations, due to the pandemic.

Smaller autonomous vehicles stand a better chance at some legal headway. Starship Technologies, the maker of a sidewalk-riding delivery robot, has deployed in several states, as demand for contactless deliveries has surged.

Nuro, another delivery startup founded by ex-Google engineers, was last week granted a license to test fully autonomous vehicles in California. It is the second company to receive such a license.

These smaller vehicles are less of a risk, as they mostly stick to the side of the road or ride the sidewalk, at speeds under 20 mph.

In a way, the proliferation of these delivery robots could be the catalyst for autonomous vehicles, but it will most likely take a more concerted effort by Waymo, Uber and other technology companies to get federal approval.

Amazon is employing 100,000 more warehouse staff to meet demand, but this may be the last crisis that requires more humans. For the past few years, the e-commerce giant has steadily reduced the amount of work humans are required to do inside its warehouses, ceding some of the sorting and heavy lifting to an army of mobile robots.

Amazon is not the only warehouse operator using robots, although it is ahead of others in technological sophistication. Ocado, a UK supermarket, built an automated grocery packing warehouse in 2018 and has plans to build more.

Warehouse workers are not particularly well covered, in the event of a technology takeover. Had Amazon’s technology been sophisticated enough, the coronavirus may have been the impetus to eliminate most warehouse jobs, however, it’s clear the company still requires humans.

With more warehouse workers across the world unionizing and protesting, it may be harder for Amazon and others to automate warehouses in the future, without risking a PR nightmare.

While some of these emerging technologies offer a multitude of benefits, the pandemic will also be used to advance more troubling technology.

Our privacy is already being tested, as China has revealed its methods for controlling the virus’ spread. Through mass surveillance — both online and offline — of every single citizen, the communist government claims to have reduced infection rates to a few dozen per day.

Western governments are attracted to this proposition, even if it means civil liberties are lost. Google and Apple have jumped on board, alongside cellular carriers, to provide data on citizens and build models that supposedly track the virus’ spread.

Some governments are going further, with apps that notify citizens of people nearby with the virus. However, forcing all citizens to install an app that tracks you may be seen as a step too far.

Once any form of data sharing is implemented, privacy experts are nervous governments will try at all costs to retain that data. Some even suspect that under the guise of protecting public health, governments are working to obtain data they’ve wanted for years, which technology companies have previously said is unavailable.