Home / Artificial intelligence technologies / Why the U.S. Military Is Gung-Ho About Autonomous Boats 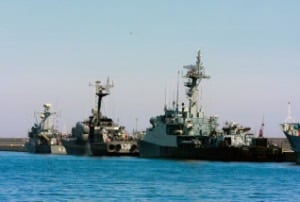 The U.S. Navy is investing in autonomous boats for reconnaissance, payload delivery, and acting as decoys. But it is clear they can do more than that both militarily and eventually in the private sector.

Unlike autonomous motorcycles, autonomous boats make sense at first glance, as well as after considering them for several hours. Boats are useful for transporting goods and people over long distances. Given the terrors of the sea, the promise of a boat in which fewer humans are at risk is a real boon.

Given the breadth of the subject of autonomous boats, it is best to discuss it in parts. To begin, I’ll look at the United States Armed Forces’ work in naval automation, especially because the technology they develop can be applied to civilian use.

The military is interested in automating its vehicles because it believes automation will save lives because fewer people will be on the ships that perform reconnaissance, guide and guard convoys, or search for submarines or mines. As far as the United States Navy is concerned, autonomous boats (and planes) can increase awareness, survivability, and lethality; access previously inaccessible areas; give the U.S. Navy more options, and reduce the cost to the U.S. Armed Forces.

Autonomous boats can save lives

So far, the U.S. Navy seems to believe autonomous vehicles will be useful for reconnaissance, payload delivery, and acting as decoys, but it is clear they can do more than that. Many lives can be saved, and this is why the U.S. Navy is investing in automation.

[ Related: Why autonomous motorcycles are destined for the road ]

One set of ships, the “swarmboats,” mixes automation with swarm intelligence. “Swarm intelligence” is a collective behavior of decentralized, self-organized groups such as ant colonies in which simple agents interact to create “intelligent” global behavior. 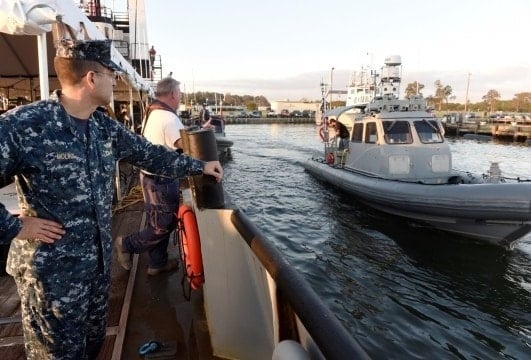 The U.S. Navy has been showing off its autonomous swarmboats since 2014, when the U.S. Navy demonstrated the boats protecting one vessel from being attacked by another vessel. Aside from an outside controller telling the swarmboats which ships had to be protected and which had to be attacked, the autonomous ships made their own decisions and coordinated between themselves.

The U.S. Navy is planning to outfit them with weaponry, which means in the future one can expect the United States to send out ships in swarms against U.S. adversaries, and in the future other countries may adopt similar technology. This is not to say naval warfare will resemble the fights between the Renaissance Italian mercenaries, or condottieri, who would fight each other on behalf of their patrons while their patrons look on, but such an element can be found. Swarmboats could be used in nonmilitary environments as well. For instance, swarmboats could help combat piracy and drug trafficking. 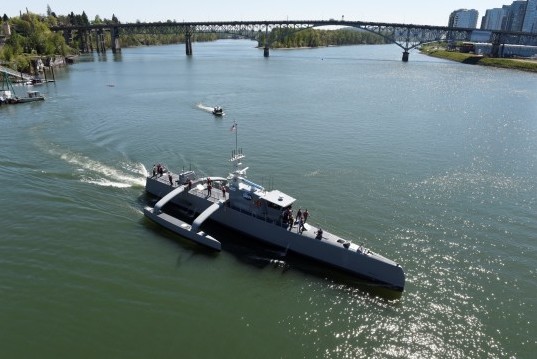 The Sea Hunter in the Willamette River after a christening ceremony in Portland, Oregon. (Source: Wiki Media.)

The U.S. Navy is also developing the Sea Hunter, a 132-foot-long ship that sails without a single man on board. The ship is designed without humans in mind, which means there are no crew support systems. It cost $20 million to build and $15,000-20,000 to maintain on a daily basis. It is also fast at 27 knots. It’s worth noting the ship was designed to hunt submarines, but the military people in charge recognized it can also be “a truck,” which means it can carry a variety of payloads. The Anti-Submarine Warfare Continuous Trail Unmanned Vessel (ACTUV) program put thought into how to make its movement seem more human.

While the military ship performs military duties, its creators understand the need for the ship to be understood by manned ships. For instance, to ensure that other boats can perceive its actions and reactions, when the ship senses it may collide with another ship it changes direction because it is easier for humans to perceive a change in direction than a change in speeds. The importance of collision evasion was highlighted by the recent collision between the USS John S. McCain and an oil tanker. This is a good reminder that even as the military is building ships for military use, it still has to work with civilian craft as well as other military naval craft.

Not all U.S. autonomous naval craft are designed to be detected. Boeing is building an underwater drone for the U.S. Navy known as the Echo Voyager, a submersible autonomous vehicle that can stay underwater for months at a time with  a 7,500 mile (12 megameter) range. This 51-ft (15½m) long vehicle, like the Seahunter, does not need any surface ships or crew to aid its operation. As of now Boeing is advertising it as not being purely military in nature, suggesting that it could be useful in monitoring changes in the environment due to oil spills and other natural disasters. 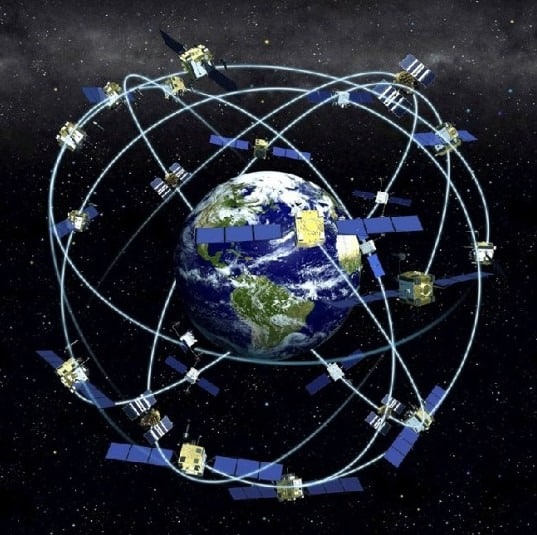 The GPS System is the successor to the TRANSIT system used by U.S. submarines to launch Polaris missiles. Source: Wiki Media.)

The U.S. armed forces are interested in automation. Note that historically military technology often finds its way to civilian life. The Internet started as ARPANET, a decentralized method of package switching designed to help the military transfer information. Few know that Global Positioning System (GPS) was also created by the U.S. military. The U.S. military developed a precursor to GPS, the Transit system, after two scientists from Johns Hopkins’s Applied Physics Laboratory (APL) realized they could track Sputnik 1’s orbit and the APL and the U.S. military solved the inverse problem of finding the user’s location via satellite to help submarines launch their Polaris missiles. It took decades before GPS was made widely and publicly available.

We have no way of knowing if a technology specifically designed for automating ships will become as indispensable to our lives as GPS and the Internet, but the work needed to make the automation possible could find its way into our lives in different ways.