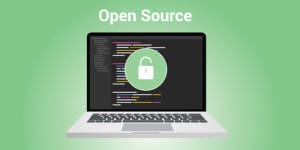 Open source document databases have gained widespread popularity because they enable developers to build and deploy applications without waiting on database administrator (DBA) to build a schema. Most of the usage of open source document databases, however, have been confined to relatively lightweight Web and Internet of Things (IoT) applications. That often creates something of a management headache for IT organizations that still need to deploy relational databases or some other type of proprietary database to support transaction applications.

MongoDB, the leading provider of open source document database software, is now moving eliminate the need for a separate database to process transactions with the beta release of MongoDB 4.0, which for the first time adds support for a multi-document transaction that meets ACID requirements.

The goal is to make it simpler to combine analytics and transaction workloads in a simple to manage databases that eliminate the need for a relational database, says Seong Park, vice president of product strategy and marketing for MongoDB.

“This is a modern next-generation database platform,” says Park.

Naturally, this move by MongoDB also has significant implications for providers of proprietary document databases that have been up until the primary alternative to relational databases. Via an open source platform, MongoDB plans to make what had been an expensive capability to acquire essentially free.

That move essential counters efforts by relational database vendors to add support for Javascript Object Notation (JSON) formats that are the key enabling technology on which document databases are built.

MongoDB is obviously hoping this new capability will lead to more organizations signing support contracts or becoming customers of the managed services the company makes available via instances of MongoDB hosted in the cloud. Regardless of how MongoDB gets consumed, however, the economics of transaction applications could significantly change. Many of the transaction-oriented applications deployed on a database are nowhere near pushing the transaction limits of a relational database. A significant portion of those applications would equally be just as well served by a document database.

Park says MongoDB’s ability to add this capability traces back to the acquisition of WiredTiger in late 2014 that gave the company access to a new storage engine. That engine, in turn, provides the scale required to support transaction applications. Overall, MongoDB, which went public last fall, has poured a half-billion dollars into the development of document databases, says Park.

At the very least the cost of building and deploying so-called translytical applications should substantially fall. It’s not clear to what degree the impact MongoDB 4.0 might have on the need for DBAs just yet. Document databases are substantially easier to set up, which is one reason so many developers choose to end-run DBAs by deploying a document database on their own. However, once document databases begin to proliferate across the enterprise other management challenges associated with managing and database platform at scale in a distributed environment do start to manifest themselves.

Obviously, transaction processing mileage will vary when using the beta release of MongoDB 4.0. But it’s already probable that a substantial number of workloads may soon be moving off of relational databases