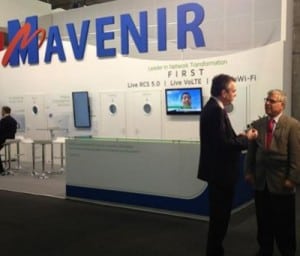 Mavenir has announced a white box platform aimed at offloading traffic from the core to the network edge, reducing latency for 4G LTE carriers.

The proliferation of 4G LTE is forcing carriers to invest heavily in more bandwidth. At the same time, carriers are looking to reduce latency and improve speeds.

Mavenir believes the solution to these carrier issues comes in the form of a vMBC, which can resolve the issues by moving compute functionality to the network edge.

“All operators are challenged to remain profitable while facing the dilemma of investing in network capacity. When considering that most of the user traffic is over the top encrypted video, for the carrier supplying the network, this has zero revenue associated with it,” said Pardeep Kohli, President and CEO, Mavenir.

“Our vMBC, through a small architectural change, allows this traffic to be offloaded to the cloud as soon as physically possible.”

The White Box platform works on the network edge, reducing pressure on the core network.

The platform can be deployed from anywhere on the network edge, including cell sites, local data centers and at enterprise locations.

“Given that nearly 80 percent of user data is currently video (and the vast majority is encrypted), providing breakout solutions allows for the redeployment of network assets from both Control and User plane,” said Kohli.

“iGR estimates that approximately 40 percent of video content could also be cached at the edge,” said Iain Gillott, President and founder of iGR. “The trick is to be able to benefit from the feature and operational cost benefits without having to upgrade to 5G architectures – this is now possible with a white box platform at the edge of the network.”