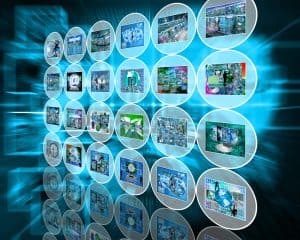 As internet traffic continues to grow, a suitable method for ensuring videos do not choke the network will be a requirement. Deepmind’s computer program MuZero tries to address this issue by optimizing video compression.

Deepmind’s computer program MuZero will soon test its mettle in partnership with YouTube. The program will take on optimizing video compression for the video platform giant and demonstrate why algorithms like this one are so vital to the future of the internet.

MuZero was developed first as a program designed to teach itself to play games. This simple task holds a deeper purpose—developing general-purpose algorithms that can adapt themselves to the task at hand. Thanks to reinforcement learning, these algorithms get smarter as they encounter more tasks.

From games to optimizing video compression

The MuZero team worked with YouTube to use the same self-learning to improve video compression by using their algorithms to make decisions for video frames. Much research development has already gone into making video compression a reality, but RL algorithms can also offer insight into the best routes to take for optimizing video.

As internet traffic continues to grow, a suitable method for ensuring videos do not choke the network will be a requirement. Experts predict that video will make up the vast majority of traffic this year, making video compression an important challenge.

Since launching to production on YouTube’s live traffic section, the algorithms demonstrated a four percent bitrate reduction across a diverse set of videos. This means the download and upload speed of videos became just a bit more efficient and took fewer resources from the overall network.

The team addressed challenges in moving from MuZero’s intended environment (games) to the real-world environment of YouTube by creating a self-competition mechanism. The mechanism streamlined the complex task of video compression into a single WIN/LOSS signal, allowing the algorithm to generalize itself to the task despite the inconsistency in video quality, length, type, and other factors.

The test demonstrates how these theoretical exercises can move beyond the lab and solve real-world challenges posed by increasingly complex virtual environments. The team hopes to create one algorithm that can handle thousands of real-world optimizations.