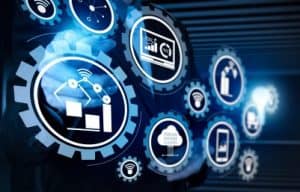 IoT is on everyone’s mind these days. Like any new disruptive technology, there is great hype over its potential benefits and implementation challenges. To cut through the noise, we sat down with Toby McClean, VP of IoT Technology and Innovation at ADLINK, a provider of leading edge computing solutions that support the transition to connected Industrial IoT systems across industries.

RTInsights: Surveys keep suggesting that the majority of IoT projects fail. What do you see as the biggest issue causing this failure?

McClean: What we’re seeing in the market, in analyst surveys, and from user feedback is that a lot of the projects fail because they have no upfront business goal identified. They embark on an IoT project where the only goal is to collect data without any business problem in mind. So, there’s no way to measure whether you’ve done something successfully, measure key performance indicators of the project, or measure your return on investment in the project. Without that information, it’s hard to get further funding to continue.

RTInsights: In companies where IoT projects are successful, where’s that spark of innovation found? Who’s really driving success in an IoT project?

McClean: It’s the people on the ground who deal with issues on a daily basis, the ones who experience pains. It can be the factory operator who loses production while a machine is down or a business manager who sees an inefficiency in a process. They are the ones who see the opportunities for improvements.

If you’re looking at it from the product side and adding IoT capability to your product, it really must come from the outside in. It’s your sales and marketing teams that will lead because they’re the ones who are on the forefront with customers and partners on a daily basis, discussing what their pain points are and how connectivity and connected products can help them solve their problems. And from there, a company can identify new business models and new products that they can offer based on the IoT.

RTInsights: Let’s delve into that a little bit more. There are many ways IoT technology can be used to deliver business benefits. Where are ideas of its use driven from within companies? Is there a technology barrier or is the technology easy enough to use so you can incentivize tinkering?

McClean: I can give you an example. I recently sat on a plane beside a person who had a problem that would be helped using the IoT. He had a maintenance machine for a company that builds big machines that do the packing of boxes for Amazon. One thing that was painful for him is that the only way for him to know how a machine was behaving was based on his experience. He had to be right in front of the machine. This is very difficult since these machines are spread across the country and all over the world. Understanding that the IoT might be able to help, he tried something very simple. He found some open source projects from makers and tinkerers of the IoT using Raspberry Pi and devices like that. And he started connecting his machines so that he could get some feedback remotely to see what was going on.

With that information, he could start to understand where their machine was behaving or misbehaving or needed new parts or needed some maintenance. So right there, he solved a pain for himself that made him and his company more efficient. Without bringing that simplicity down to the workers, it’s very hard to get that innovation and those juices flowing. When you can let people do it for themselves, you’re going to be much more successful.

RTInsights: What does an ideal corporate culture look like to enable the type of innovation you just discussed? Broadly speaking, which companies are ready for the type of changes coming at them when they undertake a digital transformation?

McClean: Many companies don’t recognize the importance of change management—especially when it comes to the people. Digital transformation and IoT projects typically are pushed down from above, from the C-suite or from a VP level, with mandates to the rest of the organization.

There’s a lot of press out there about how automation and artificial intelligence and the IoT are going to replace workers. And then once it reaches the people on the ground, there is fear of being replaced by this technology. It’s perceived as a threat to their livelihood or to the existence of their jobs. If you don’t take these issues into account, they become roadblocks to achieving success.

A good corporate culture for innovation in this market is one where you bring the people on the journey with you by involving them right from the beginning. You need to manage the change and the impact that it will have on your organization from the start. Successful companies are doing that.

When IoT projects that improve efficiency are successful, there is a risk that they may impact some employees. But in most cases, a successful project will augment the skills of current workers so they can focus on other tasks, or will result in an increase in employment because of the new products that are coming out. So, if the change is managed and everyone is included from the bottom up, as well as the top down, you’ll be a lot more successful.

See also: The Emerging Role of AI in Edge Computing

RTInsights: That’s great. Still, don’t these projects tend to generate fear and confusion from the front-line workers to the C-suite to investors and Wall Street about corporate direction? Is there a need for internal and external marketing to allay concerns and clarify the purpose of IoT projects?

McClean: One of the things you saw, especially in 2018, was a lot of marketing by companies of IoT projects. In many cases, they touted their projects because of pressure from the street or from investors. CIOs and CMOs felt that if the company wasn’t doing an IoT project, they were going to be punished by the investment community because they didn’t have a project. So, whether it made sense to their business or didn’t, they engaged in IoT projects or digital transformation because of that outside pressure.

If that’s your reason for undertaking these projects, you probably don’t have a business problem that you’re solving with them, and hence, your success and your return on investment is just not going to be there. Fortunately, we’re seeing a transition where the hype is starting to die down. And we’re starting to see a lot of people being much more practical in terms of the IoT projects they undertake and how they undertake them.

RTInsights: Can we expand on that last point a bit? It seems the cost of the technology is dropping, and implementation is getting easier, allowing companies to try more things. Is that a fair thing to say?

McClean: In terms of enabling customer success with IoT, a big factor is making the technology easier to use and reducing the risks when undertaking a project. We try to reduce the upfront friction.

A large IoT project can incur huge capital investment because you need new computing power, or you need new components to go into your existing product. By turning that into an OpEx where you can experiment, you reduce that friction point and the risk that you’re exposed to. As a result, today we see a lot more digital experimentation, with companies looking to fail fast (to minimize the investment) and not be afraid to say that the project failed.

RTInsights: What enables companies to put this capability in the hands of enough people to invent and test as much as possible within a broad enterprise organization? What tools will help? What obstacles need to be removed?

McClean: You need simplicity. We need to take the complexity out of what used to be called embedded systems and distributed systems. This is a barrier or appears to be a barrier preventing many people from getting started. And while that complexity exists, you’re going to need computer software engineers, hardware engineers, or very technical people in order to engage in these projects.

Still, for adoption you need simplicity. The first thing that needs to be tackled is to bring the Apple-like experience to IoT. The second is what I like to call the Android-like openness. There’s a lot of fear that if you go with a vendor or an option up front, you’re going to be locked in and that you’re not going to own, or have access to your data.

By making IoT open and accessible, you’re reducing that fear. For a user, even if they start in one direction, they’ll be able to leverage that and use that data however they want and not be locked in.

Another issue is that many of the embedded systems used for IoT projects are coming from a world where the hardware and software were very tightly coupled. What you shipped pretty much was what was there for the lifespan of the product. To be more successful with these devices, we need to make the hardware more modular so that you have the opportunity to potentially extend or augment the hardware once a product is in the field. That might include adding new processing power, new AI capabilities, and software.

See also: How to Succeed in IoT Business by Really, Really Trying

It’s no longer a case where you put some firmware or embedded software into a device, ship it, and you only do an update if there’s a security breach or a major flaw that you must do a recall for. Like the hardware, we need to make that software more modular. When products and projects are put into production, the product will need new capabilities in the future. By making the software modular and modifiable, we future-proof it. I like to call it software-defined IoT to enable that needed simplicity.

And then lastly, tied to the Apple-like experience is the need to be simple and intuitive. If we don’t tackle that, we’re still going to limit IoT to a very select set of people, which means we’ll run into a skills shortage and thus the level of innovation and experimentation won’t be there. What we need to find are those diamonds in the rough that are out there, that are based on connected products and data and artificial intelligence.