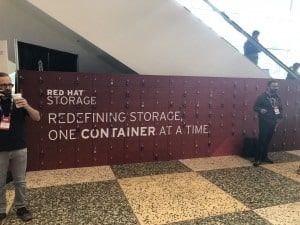 With the rate of technological change increasing at an overwhelming rate, organizations need to rework how they tackle and harness it, says Red Hat’s CEO.

Red Hat CEO and president Jim Whitehurst says the rate at which innovations are now occurring across IT is now occurring at a rate most business will be able to effectively absorb unless a decision is made to fundamentally restructure how they are organized.

In fact, Whitehurst says that IT leaders are assuming more proactive roles inside their organizations to drive business change.

“The role of the modern CIO is to be the agitator,” says Whitehurst, who sat down with RTInsights during firm’s Red Hat Summit 2018 conference in San Francisco. “IT now has the potential to accelerate the rate of the rest of the business.”

As IT organizations continue to master agile development and integrated DevOps processes the amount of time required for them to build new applications is sharply reduced. A big part of that shift involves separating data from application logic to enable IT agility, says Whitehurst.

For example, at the Red Hat Summit this week, Lufthansa Technik showed how a new AVIATAR business unit for making air travel safer and reliable can now build and deliver applications in less than 100 days, says Whitehurst.

“I used to work in the airline industry so that’s unheard of,” says Whitehurst. “It used to be everything cost a million dollars and two years to deliver.” 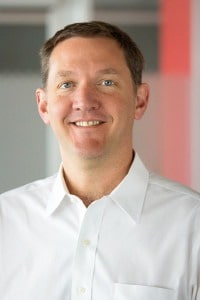 Is the rate of change too much to handle?

Most organizations, however, are not structured to absorb that rate of change to their business models. Too many organizations are optimized around static business assumptions that don’t hold up at a time when batch-oriented applications and associated business processes are giving way to real-time applications infused with advanced analytics, says Whitehurst.

To make the business as agile as IT Whitehurst says the organization will need to be structured in a more horizontal fashion. That approach may sacrifice some efficiencies, but the business overall will be able to able to take advantage of new opportunities more adroitly, says Whitehurst.

In general, Whitehurst says businesses need to put more focus on valuation creation. Business leaders need to encourage business units to come up with many more application proofs-of-concept. Not all those concepts are going to succeed, so accepting failure needs to be part of the new business culture.

But as more applications get built businesses will find themselves accelerating the rate at which so-called digital business transformation is occurring inside their organizations, says Whitehurst.

In fact, Whitehurst advises organizations to increase the cadence of innovation by continually reducing the size of the problem being addressed to make it simpler to innovate.

It remains to be seen how many existing IT leaders can assume the role of agitator. Many of them have built their careers on making IT more efficient. But one way or another the rise of new generation of IT leaders that can act as a catalyst to drive meaningful business change is now all but inevitable.