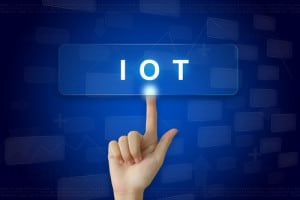 With limited evidence of bottom-line impact, business leaders are cautious about increasing enterprise IoT investments, but that nervousness will likely soon change.

Executives are great believers in the power and potential the Internet of Things (IoT) offers to their businesses. However, many are still nervous about embarking on an IoT strategy.

That’s the gist of a recent study of 50 leading corporate executives, conducted and published by McKinsey & Company, which predicts IoT will be a fast-moving part of enterprises within a few years. Its capability to achieve full potential is currently tempered by uncertainty, however.

The report’s authors, Michael Chui, Vasanth Ganesan, and Mark Patel, all with McKinsey, explain that the uncertainty comes from regulatory developments, customer demand and changing technologies. “Many questions also remain about [IoT’s] utility and impact, since most companies are still in the early stages of implementation.”

That’s because results are still flowing in. To date, the McKinsey team adds, enterprises “have only achieved modest, incremental benefits from their enterprise IoT programs.” As a result, business leaders are approaching IoT with an abundance of caution.

“With limited evidence of bottom-line impact, executives are cautious about increasing their enterprise IoT investments, and few have embarked on large-scale initiatives designed to transform their operations or enable new products and services,” McKinsey reports says.

This current level of nervousness will likely soon change, however. Based on their preliminary interviews, Chui, Ganesan and Patel opine that “enterprise IoT is poised for strong growth because of its ability to improve the customer experience, increase productivity, and enable the development of innovative products and services.”

For example, they state, 98 percent of executives report that most companies within their industry include enterprise IoT initiatives in their strategic road maps, “including those related to improving service operations, increasing visibility into operations, enabling new business models, and creating new product and service offerings.”

They cite the example of an elevator company, which “is creating a suite of IoT-enabled services to improve the reliability of its products and decrease downtime. In addition to lowering operating costs for the company’s customers, these applications could potentially transform its business model.”

The McKinsey survey respondents also were optimistic about IoT, with 92 percent stating that it would have a “positive impact” over the next three years, either by improving operations or by allowing companies to develop new products with embedded IoT capabilities.

“The latter development could eventually translate into higher revenues,” the McKinsey authors add. In addition, 62 percent of respondents stated that enterprise IoT’s impact will either be very high or transformative. “That means it could produce many more benefits than the modest improvements seen to date,” Chui, Ganesan and Patel predict.

There are numerous ways IoT could spread value across enterprises. When asked which department would benefit most, 40 percent of survey respondents cited service operations and 30 percent chose manufacturing.

For service operations, respondents said that enterprise IoT would produce the most value in three areas: diagnostics and prognostics, predictive maintenance, and monitoring and inspection. In manufacturing, the top use cases were resource and process optimization (for instance, improving yield, throughput, or energy consumption), asset utilization, and quality management

There are challenges with IoT, however, the McKinsey authors continue. Respondents agreed that information from IoT sensors was valuable, with 60 percent stating that it provides significant insights, “such as data on customer demographics or shopping patterns.” But an almost equal number — 54 percent — claimed that companies used 10 percent or less of this information.

Data management is also a challenge. Executives in the survey stated that their businesses often struggle with data extraction, management, and analysis. In addition, 70 percent of respondents stated that companies have not yet integrated IoT solutions into their existing business work flows — “in other words, they are not using enterprise IoT to optimize day-to-day tasks.” Respondents also noted that companies “had difficulty identifying use cases for enterprise IoT applications and conducting end-to-end prototyping for connected products.”

Part of the challenge is the fact that many IoT efforts are tied to a single business case or in pilot stages, and scaling it out to the enterprise may be difficult. Nevertheless, Chui, Ganesan and Patel are optimistic for the long haul, predicting that business leaders will “begin recognizing enterprise IoT’s value and place more emphasis on capability building. We are also optimistic that more companies will make a greater effort to incorporate enterprise IoT into their daily operations as its benefits become clearer.”