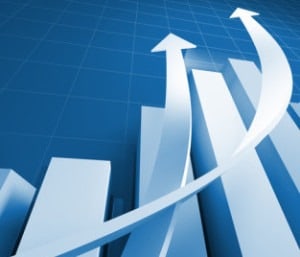 Many businesses have yet to adopt the IoT. Here’s how service providers and IT professionals can prove IoT business value.

The Internet of Things (IoT) is ushering in a new wave of connectivity and functionality to the business sector. An innovation that is still in its infancy, the IoT is already showing tremendous potential in the way of boosting productivity, streamlining operations and driving communications.

Despite the obvious value, many businesses have yet to adopt the IoT. With many experts attributing the hesitation to a lack of general knowledge, it’s up to the service providers and IT professionals to provide the business side further insight into the business value of the IoT.

Here are three things to help business get on the path to IoT.

One of the easiest and most straightforward methods to introduce business leaders to the value of the IoT is by upgrading their legacy equipment. Remember, the concept of digital data storage isn’t a new trend.

Most companies use rudimentary file systems and hardware to store information about their customers, employees and even their competitors. It’s the explosion of big data, which has been spurred on by increased technology and connectivity around the globe, that calls for upgrades to such legacy equipment.

As a rule, the term “legacy system” is used to describe hardware that was built and installed before 2010. Some companies are even running systems that date back to the ‘80s and ‘90s.

Not only are today’s systems quicker and more reliable, but they can introduce security measures that aren’t compatible with legacy equipment. Apart from providing vulnerabilities for hackers and cyber criminals to exploit, such legacy-related shortcomings make the entire state of IT networking weaker as a result.

Since many small businesses don’t use network management tools of their own, it can be difficult to describe the technical benefits to these customers in a meaningful way. Upgrading their hardware to next-gen equipment is a great start, but it has little value if your clients can’t see the faster speeds or improved connectivity in action.

Whenever possible, provide a brief demonstration of their new infrastructure and its functionality. This step is crucial when trying to disseminate its value and its concrete effect on network connectivity. Make sure to answer any questions or concerns they may have during the process, as this will help them gain a better understanding of their new hardware as well as the IoT in general.

3. Make an Impact With Big Data

Big data and related analytics are also playing crucial roles in the rising popularity of the IoT. Recent studies by Northeastern University reveal that we create approximately 2.5 Exabytes of data on a daily basis around the world. To put it in perspective, this is equivalent to five million laptops with their hard drives packed full of information. We could store 90 years of digital video data, in full high-definition quality, with the amount of data we generate daily.

Because big data is already playing a vital part in the IoT, it’s clear that business leaders need to understand the metrics and analytics involved. Concepts like predictive analytics in manufacturing and locational analysis in next-gen GPS systems are some of the driving forces behind the current popularity of the IoT.

To make these ideas clearer, some industry pioneers have coined the Analytics of Things, or AoT, to facilitate large-scale data collection and processing to the business masses.

Embracing the IoT Now and in the Future

According to a recent study by McKinsey, nearly 70 percent of all usage will involve business-to-business transactions and applications by the time the IoT hits it peak.

Given its importance to the future of the entire sector, it’s important that current business leaders have enough information to capitalize on the emerging trend and gain a head start on the next big business revolution.