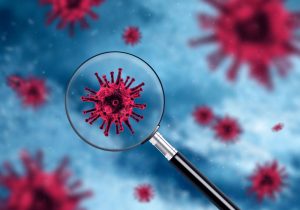 The company claims its Foresight IoT technology can help mitigate the spread of coronavirus.

IoT and cybersecurity company WISeKey announced plans to develop an IoT-based early warning system to help with the early detection of viruses and future outbreaks. The company says they’ll team up with global tech organizations and will use their IoT sensors equipped with the WIShelter app, which can measure temperature and provide geolocation of targeted quarantines. They also claim their Foresight technology has the ability to help mitigate the spread of coronavirus.

WISeKey says they are confident an IoT network of interconnected systems along with advances in AI, analytics, connectivity, and digital certification can work together to provide an early warning system that can help reduce the spread of infectious diseases. Cities, governments, and businesses could create a global network of sensors that combine the behavior of individuals with anonymized digital identities to detect the spread of viruses. This would require standardization, security, trust, planning, and implementation on a global scale and an emphasis on privacy.

See also: 2020 Trends and Challenges Impacted by Covid-19: Part I

The benefits of using this type of early warning system (EWS) are improved interoperability, sensor and data plug-and-play, and orchestration. With cyberattacks becoming increasingly sophisticated and common, IoT security needs to be completely overhauled and strengthened. IoT services and devices generate enormous amounts of data valuable to everyone from governments to end-users and beyond. WISeKey is deploying “large scale digital ecosystems” for both people and objects using AI, the IoT, and blockchain, and says they will be “respecting the human as the fulcrum of the internet.” The company’s IoT boasts an install base of over 1.5 billion microchips in almost all IoT sectors including agriculture, smart cities, connected cars, smart lighting, drones, servers, computers, cryptocurrency, security, and mobile phones.