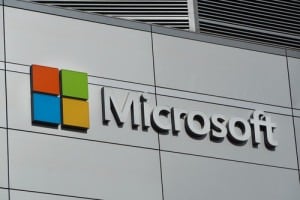 Microsoft Azure IoT Hub is the cheapest provider at scale, especially when message size, number of messages and number of devices are all high.

Most companies using cloud services for Internet of Things (IoT) operations choose one of the three major hyperscale providers, Amazon Web Services (AWS), Microsoft Azure or Google Cloud, but which one delivers the best value?

According to a study by 451 Research, Microsoft Azure IoT Hub is the cheapest provider at scale, especially when message size, number of messages and number of devices are all high.

AWS IoT Core is the best for small-scale deployments, which means less than 20,000 devices sending fewer than three messages a minute at under 6KB each. 451 Research said when tested under those limitations, AWS IoT Core came out best in 75 percent of scenarios.

Google IoT Core was not found to be cheaper in any of the scenarios tested. This matches with other research on cloud computing prices between the big three. A RightScale study found Google Cloud to be the highest price in seven scenarios, compared to four for Microsoft Azure and one for AWS.

All three cloud computing platforms are structured differently, making it hard to directly compare price for each individual customer. 451 Research said to make an accurate cost comparison, it would need nine price parameters for each IoT device. That’s before looking at other factors and requirements specific to the customer.

This study takes a broad look at the costs of the different cloud platforms and attempts to show the benefits and drawbacks, from a cost perspective, of each one. It also shows how each cloud platform treats functions, like messages or small-data transfers.