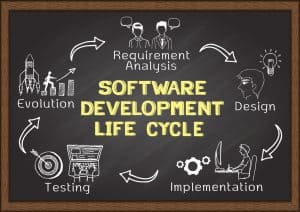 There’s a truth universally acknowledged in software development: Testing makes the end product better, accelerates the development lifecycle, and reduces technical debt (both in time and cost) over time. But the all-too-common reality is that software testing becomes an afterthought because of the demand to deploy faster and immense pressure to keep digital transformation in motion.

Who is going to test all of these new applications manually? Who will write scripts or create integrations with a CI/CD pipeline to create consistent, measurable test coverage? Who will make sure this software works properly, is stable and available, and creates a good customer experience?

The answer to this abundance of low-code applications just might be low-code testing platforms.

The state of testing low-code creations

Many organizations are still using “traditional” software testing methods, which generally equate to manual testing or scripts. Manual testing is often as simple as a team of citizen developers all poking around their new low-code application until they find an edge case where it breaks—time-consuming and not particularly accurate. With a script, developers can automate the process of attempting a particular action and return a pass/fail result depending on the outcome, but without automation, these are just more steps in an already fraught process.

There are a few major problems with this current state:

These flaws are exactly why many organizations advocate for IT oversight over low-code applications, but no one has enough time to implement more manual reviews or scripts. In their effort to get things done, citizen developers aren’t willing to wait on IT’s sign-off and will continue trying new and creative ways to extract existing data from multiple sources and combine it for new insights.

What are your options for low-code application testing?

The end goal? A tailored, end-to-end testing workflow for all low-code applications, using low-code testing platforms that reduces the number of bugs in production, saves costs and resources from rework and debugging, minimizes risks around failed integrations, and stems the rising tide of tech debt. In the meantime, IT teams can empower their citizen developers with testing tools that are just as easy to use as the low-code applications they’re using in the first place.

The number of low-code testing platforms are growing alongside the platforms for developing the low-code applications themselves. Preflight, Parasoft, Testim, Kobiton, Mabl, and Functionize are just a few of the options available for citizen developers and their friends in IT who are angling for a better solution.

What kind of results are possible through low-code testing tools? According to a survey from Copado, which creates low-code testing tools for Salesforce organizations, teams that use automated testing release 50% more frequently than those relying on manual testing and 50% more likely to complete all their test plans for each release.

And in this new era of low/no-code platforms, reducing reliance on manual coverage might seem like a stopgap, but it’s a powerful new way to re-introduce proper checks without slowing down the citizen developers who are clamoring for freedom to build their own features — and their own failures.