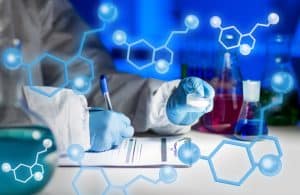 Using AI, researchers and executives can evaluate which areas of study have the best chance of translating to clinical trials.

Artificial intelligence may be making more inroads into how scientific research is conducted, with a new tool able to predict which research projects are most likely to move to a clinical trial.

The model, developed by colleagues at the Office of Portfolio Analysis (OPA), a part of the National Institutes of Health (NIH) responsible for evaluating and prioritizing research, aims to reduce the period of time between discovery and clinical application with an ‘Approximate Potential to Translate’ (APT) metric.

SEE ALSO: Why AI Has A Star Role In Future Of Energy

This metric utilizes the OPA’s massive open citation collection, which consists of over 420 million citation links, to provide a highly accurate APT value. From this, researchers and executives can evaluate which areas of study have the best chance of translating to clinical trials, and which are likely to sit unused for decades.

While the OPA is not selling the APT as a substitute for human expertise, it should provide researchers with far more information on the relevance of the study to the wider scientific community.

The APT will be used alongside a Relative Citation Ratios (RCRs) metric, which measures the scientific influence of the article. This metric has already been widely adopted by the scientific community, and the OPA expects the same to happen with the APT metric.

AI is already being deployed in many areas of research, as a way to scan through millions of research papers to find a relevant article, as an assistant able to come up with new innovations, and as a detection tool for diabetes and other diseases.