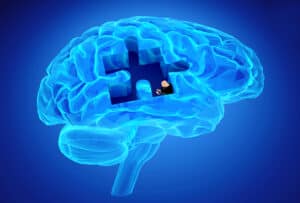 The AI model leverages a neural network to access risk by noninvasively analyzing breathing patterns while a person sleeps.

The typical, diagnosable symptoms of Parkinson’s – tremors and slowness – happen years after the onset of the disease itself. A new AI model could help healthcare providers detect the disease much earlier, simply by reading a person’s pattern of breathing. The work is part of a study presented in Nature Medicine that, according to the researchers, “demonstrates the feasibility of objective, noninvasive, at-home assessment of Parkinson’s Disease, and also provides initial evidence that the model may be useful for risk assessment at home and before clinical diagnosis.

The model leverages a neural network, analyzing breathing patterns while a person sleeps. The model was trained at MIT and can assess the severity of the disease and track its ongoing development through these patterns alone, even without the usual physical symptoms.

The device works without touching the patient’s body. It emits radio signals and analyzes the resulting patterns bouncing off surfaces where the patient sleeps. It’s able to extract the subject’s breathing patterns, making it possible for patients to test every night without the discomfort of the usual overnight test methods. Testing is entirely passive and requires no intervention from the patient or caregiver.

With accurate, cost-effective early detection, the device promises to bridge a gap between when traditional symptoms arise and the actual onset of the disease. In addition, it could offer underserved areas better screening, as well as screening for patients with limited mobility or cognitive impairments.

Testing might also enable faster treatment development – essentially enabling shorter clinical trials without sacrificing accuracy. The model was tested on 7,687 individuals, including 757 Parkinson’s patients. The MIT team is hopeful that it will offer less invasive ways not only to diagnose but also continually monitor the progression of the disease as patients seek treatment.