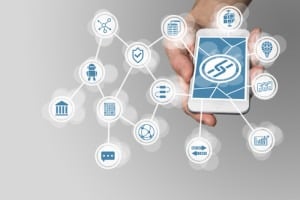 The crypto patent is for a marketplace where individuals and organizations can offer streaming data feeds for sale.

Amazon’s real-time crypto transaction data patent has been approved. The patent is for a unique marketplace where people and organizations can offer streaming data feeds for sale, and others can choose to subscribe to them There are also the capabilities to generate alerts, create real-time dashboards, make driver recommendations and other business and operational functionalities. In their filing Amazon said some possible uses for the streaming data marketplace include “website click-streams, marketing and financial information, manufacturing instrumentation and social media, operational logs, metering data and so forth.”

The streams may have little value on their own but could increase significantly if they combine their data with that from other sources.

“In one example, a method may include requesting to receive a first stream of data from a first source via the streaming data marketplace,” the patent states. “The first stream of data may be received and then correlated and combined with data from a second source as a combined stream. The combined stream may then be published to the streaming data marketplace.

The patent goes on to say that law enforcement may also find the marketplace useful:

“For example, a group of electronic or internet retailers who accept bitcoin transactions may have a shipping address that may correlate with the bitcoin address,” explains the patent. “The electronic retailers may combine the shipping address with the bitcoin transaction data to create correlated data and republish the combined data as a combined data stream.”

Could Amazon’s marketplace be a legit threat to startups building similar ones?

If Amazon moves forward with the marketplace, it could pose a serious threat to startups building similar, yet more decentralized, marketplaces. It’s possible, but the impact remains to be seen.

Henri Pihkala, CEO of Streamr – one of the startups in question – told CoinDesk in an email that “data marketplaces aren’t a new idea,” but that “what is novel is creating a space that finally gives users ultimate control over the data they create through their actions in the digital realm.”