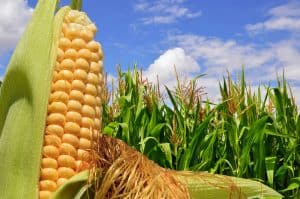 Precision agriculture, through the use of artificial intelligence and analytics, could be a $12 billion industry by 2025.

A research group at the University of Illinois has developed a new approach to predict corn yield rates, using a machine learning algorithm that combines on-ground measurements with satellite images.

“We’re trying to change how people run agronomic research,” said assistant professor, Nicolas Martin.  “Instead of establishing a small field plot, running statistics, and publishing the means, what we’re trying to do involves the farmer far more directly. We are running experiments with farmers’ machinery in their own fields. We can detect site-specific responses to different inputs, and we can see whether there’s a response in different parts of the field.”

Normally, a machine learning algorithm would follow a pre-determined pattern and recognize faults, but in this study the research group had the algorithm learn the patterns, organize them, and figure out more efficient ways of deploying nitrogen and seed.

“We don’t really know what is causing differences in yield responses to inputs across a field,” said Martin. “Sometimes people have an idea that a certain spot should respond strongly to nitrogen and it doesn’t, or vice versa. The [algorithm] can pick up on hidden patterns that may be causing a response and when we compared several methods, we found out that it was working very well to explain yield variation.”

The research was conducted between 2017 and 2018 in the Midwest, Argentina, Brazil, and South Africa. Martin believes that the experiment can be moved on to more than just corn, potentially offering recommendations for multiple farming combinations.

Precision agriculture, through the use of artificial intelligence and analytics, could be a $12 billion industry by 2025, according to Global Market Insights.