Mr. Yanai Oron joined Vertex in early 2014, following his activity as an active early-stage investor with an operational and technical background. Yanai has invested and advised startups in various industries including Enterprise Software, Cyber-Security, and Mobile. Yanai is on the board of the following Vertex portfolio companies Perfecto Mobile, NSOF, Taranis, Webyclip, DataRails and Verbit. Previously, Yanai was General Manager at DVTel in the US, managing the company’s Access Control unit. Prior to that, Yanai served as its Director of Business Development and headed the company’s M&A initiatives where he oversaw the acquisition of two companies. Earlier in his career, he worked as a real-time engineer at Intel Corporation in the R&D Center. 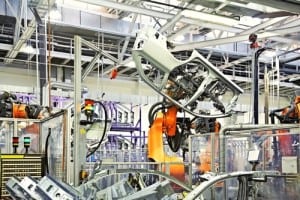 RPA, which covers AI and machine learning capabilities used to handle high-volume, repeatable tasks that once needed humans, is coming. Are you