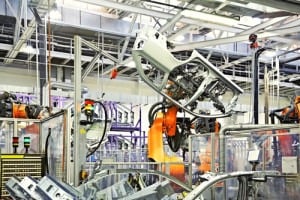 RPA, which covers AI and machine learning capabilities used to handle high-volume, repeatable tasks that once needed humans, is coming. Are you ready?

RPA stands for Robotic Process Automation, but don’t be confused: it doesn’t refer to R2D2, or any of the Kiva robots scurrying around the Amazon warehouse. RPA is language that covers the broad use of software with artificial intelligence (AI) and machine learning capabilities to handle high-volume, repeatable tasks that previously required humans to perform.

The algorithmic automation of software. Given the innovation it represents and the pain points it satisfies, RPA is quickly making its way towards a billion dollar revenue market. In recent months alone, leading startups in the space have raised over $300 million for their RPA systems.

The need to streamline and accelerate the process of management is something that has challenged leadership for years. Peter Drucker famously said that efficiency is doing things right, and effectiveness is doing the right things. To succeed businesses have to do both.

Traditionally, large enterprises have answered the efficiency question by with BPM (Business Process Management). It was the best available and most comprehensive method for streamlining core systems and processes. But it has flaws. Because BPM requires the replacement core processes and systems – a very costly effort that requires a multi-year, highly disruptive implementation process.

Now, however, with the quiet rise of RPA, BPM is no longer the only scalable opportunity for automation. The more we observe digital figures and trends, the more we see RPA and the AI behind it as the true driver of automation in the enterprise sector – with projections that it will explode from a 0.5B market today to over $1B market in the next 2 years.

Easy to explain, complex to execute

RPA replaces this repetitive work with software. Requiring little integration, RPA can be installed on an employee’s desktop or on a virtual machine and function via the GUI layer. But as easy at its integration cycle is, there are more advanced, RPA processes that allow more flexibility and choice in the automation of different tasks – with varying levels of integration required – but none of it complex and heavy.

Because RPA does not require any hard programming capabilities; the enterprise is in full control over implementation as well as the extent to which it digitizes. Furthermore, non-technical and operational teams alike can learn and work with the system without over-involvement from IT.

RPA is much more than a temporary replacement for human work. It is now proving itself to be a more efficient, less disruptive approach towards automating entire enterprise systems. Each software robot is now capable of doing the work of 3-5 workers – and that will only improve – assuring friction-free scalability for businesses of all kinds, with minimal process changes, data integration, and analysis.

Software robots range from just $5K-$10K annually and can be implemented within weeks. The ROI is high and has been proven over and over again.

AND not OR: RPA as an AI accelerator

It’s important to keep in mind, as we consider the future of RPA in the workplace, that it’s not a matter of software OR people. An essential and core feature of RPA is its capacity for both attended automation, a collaborative work effort between human and robot, and unattended automation, in which the robot works as a sort of outsourced worker.

The relationship of human beings and robots in the workplace – both software robots and physical ones – is evolving rapidly. Here’s an interesting Forrester study on that.

RPA pioneers will play a major role in the entry of AI into the enterprise. Despite the hype, the reality is that enterprises have been slow to adopt AI because of the complexities posed by the myriad of dispersed software present in business’s core systems. RPA can swiftly bring together disconnected systems, making it also be the platform on which sophisticated algorithms can be implemented. Once a process is fully automated the data can be parsed and analyzed by algorithm to deploy artificial intelligence – something not possible if the process is not streamlined and without visibility.

As the RPA market matures, we are seeing more and more big-name BPM and IT vendors signing strategic partnerships with RPA vendors. They recognize that BPM’s role is being transcended, as the cloud is replacing on-premise solutions – making RPA both a complimentary and existentially-required alternative to their offerings:

Why has RPA been operating below the radar of many? Is it geographic myopia? After all, there are no significant RPA vendors coming out of Silicon Valley. The largest company in the field – UiPath which recently raised a whopping $153M round and was valued at over a $1B was founded in Romania.

Nonetheless, even without the Silicon Valley hype machine and echo chamber, large enterprises are heavily investing in RPA as a major driver of efficiency and cost reduction. Many are working with several RPA vendors in parallel on different use cases; this is possible because of the light technology footprint of RPA versus the structural complexities of BPM which mitigate against collaboration – and thus handcuff IT departments.

Also, an unexpected benefit of RPA is that it can enable some of these large corporations to actually improve their user experience. RPA is not just about processes, but also interactions with customers and consumers, because it makes it possible for businesses to add low-cost capacity that improves turnaround times. For example, rather than insurance company taking X days to approve a claim, it can do so in Y hours.

So in this case, a legacy financial company can use RPA to better compete against agile and nimble fintech start-ups. Back to Peter Drucker: RPA enables businesses to dramatically improve their ability to do things right – and it can even drive effectiveness because management can make sure it focuses on the right things.

Are we underestimating this wave?

While analysts estimate a 40-50% growth rate, the RPA market might actually be growing faster. The fact that leading BPM companies are lining up with RPA vendors suggests that analysts may be underestimating RPA’s current presence and potential influence in the market.

As RPA becomes one of the key ways for AI implementation and the larger market trajectory we expect a lot more fundraising and M&A activity in the space in 2018.

Mr. Yanai Oron joined Vertex in early 2014, following his activity as an active early-stage investor with an operational and technical background. Yanai has invested and advised startups in various industries including Enterprise Software, Cyber-Security, and Mobile. Yanai is on the board of the following Vertex portfolio companies Perfecto Mobile, NSOF, Taranis, Webyclip, DataRails and Verbit. Previously, Yanai was General Manager at DVTel in the US, managing the company’s Access Control unit. Prior to that, Yanai served as its Director of Business Development and headed the company’s M&A initiatives where he oversaw the acquisition of two companies. Earlier in his career, he worked as a real-time engineer at Intel Corporation in the R&D Center.