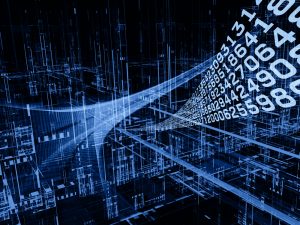 Many companies used the conference to introduce new products. For those who could not attend, here are some of the key announcements in the real-time space.

This week a New York City gathering was the epicenter for thought leaders who will shape the future of business. While Manhattan’s east side hosted world leaders for the annual United Nation General Assembly, the real action was taking place on the west side at the Javits Center, which was home to Strata Data Conference.

The confab, organized by O’Reilly and Cloudera, explored developments in data for business. Common themes covered throughout the conference included big data and real-time analytics, plus artificial intelligence and machine learning.

The rapid embracement of these technologies and their increasingly important role in business was evident. One very interesting keynote discussion with Tim O’Reilly and Rob Thomas of IBM on AI benefits and what it will take to be successful in AI. Thomas laid out IBM’s pragmatic “Ladder to AI” for helping companies demystify the challenges of AI and increase their success rate. (See IBM’s Ladder to AI presentation here.)

One compelling use case that Thomas described was the Royal Bank of Scotland (RBS), where IBM automated 40% of the customer service inquiries, freeing up the bank’s reps to work on more challenging issues, which increased customer satisfaction 25%. (Listen to excerpts of their conversation here.)

News from the Conference

Many companies used the conference to introduce new products. For those who could not attend the conference, here is a quick summary of some of the key announcements in the real-time space.

Cloudera launched the Cloudera Data Platform (CDP). CDP is an integrated data platform that delivers powerful, self-service analytics across hybrid and multi-cloud environments with the granular security and governance policies that IT leaders demand. The Cloudera Data Platform provides enterprise IT with the ability to deliver analytics-as-a-service to the business in any cloud environment while providing rich data security and lineage capabilities that minimize risk.

Infoworks.io announced the availability of Infoworks DataFoundry on Google Cloud Platform (GCP). DataFoundry accelerates the implementation of cloud analytics projects running on GCP by automating and accelerating development and orchestration of data and analytics pipeline projects at scale.

MemSQL announced the launch of MemSQL Helios, an on-demand, elastic cloud service; and MemSQL 7.0 Beta, the most powerful version yet of the company’s distributed SQL database. Both solutions help enterprises easily ingest, process, analyze, and act on data to better compete and thrive in today’s insight-driven economy.

Les Yeamans is founder and Executive Editor of RTInsights and CDInsights. He is a business entrepreneur with over 25 years of experience developing and managing successful companies in the enterprise software, financial services, strategic consulting and Internet publishing markets. Before founding RTInsights, Les founded and led ebizQ.net, an Internet portal company specializing in the application of critical enterprise technologies including BPM, event-driven architectures, and event processing. When ebizQ.net was acquired by TechTarget, Les became Associate Publisher, managing a group of websites. Previously, Les had founded a new enterprise software business called ezBridge which provided fault-tolerant, guaranteed delivery transaction messaging on 10 different hardware platforms. This product was licensed to IBM as the initial code base for IBM MQSeries (renamed WebSphere MQ and later renamed IBM MQ) which was co-developed and co-marketed with IBM. Les was also co-founder of the Message Oriented Middleware Association (MOMA). Les has worked extensively as an analyst and consultant for end users and vendors in this growing market. Prior to ezBridge, Les raised venture capital for development and marketing of PowerBase, the industry-leading database software package for the IBM PC. He started his career consulting at Accenture, providing end-user IT solutions. Les has an MBA from the University of Michigan and a Bachelor's degree from the State University of New York at Binghamton. He is based in New Rochelle, NY.