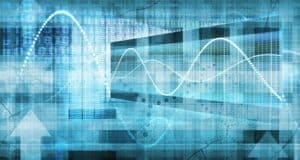 Python is the internationally acclaimed programming language to help in handling your data in a better manner for a variety of causes.

We live in the digital era of high technologies, smart devices, and mobile solutions. Data is an essential aspect of any enterprise and business. It’s crucial to gather, process, and analyze the data flow and to do that as quickly and accurately as possible. Nowadays, the data volume can be large, which makes information handling time-consuming and expensive. Due to this precise reason, the data science industry is growing at a rapid pace, creating new vacancies and possibilities.

Now lots of new approaches to recording, storing, and analyzing data have emerged to extract cognitive info effectively, gain insights and knowledge. Not only can you choose from a list of options, features, and tools, but you can also utilize them to process operations as well as leverage techniques to convert information into the knowledge and insights by means of reports or visualization.

There is a host of prominent programming languages to utilize for data reduction. C, C++, R, Java, Javascript, and Python are a few among them. Each one offers unique features, options, and tools that suit the different demands depending on your needs. Some are better than others for specific industry needs. For example, one industry survey states Python has established itself as a leading choice for developing fintech software and other application areas.

There are two main factors that make Python a widely-used programming language in scientific computing, in particular:

In addition to that, Python is initially utilized for actualizing data analysis. It is among those languages that are being developed on an ongoing basis. Thereby, Python is called the topmost language with a high potential in the data science field more than other programming languages.

What Makes Python a Fantastic Option for Data Analysis?

Python is a cross-functional, maximally interpreted language that has lots of advantages to offer. The object-oriented programming language is commonly used to streamline large complex data sets. Over and above, having a dynamic semantics plus unmeasured capacities of RAD(rapid application development), Python is heavily utilized to script as well. There is one more way to apply Python – as a coupling language.

Another Python’s advantage is high readability that helps engineers to save time by typing fewer lines of code for accomplishing the tasks. Being fast, Python jibes well with data analysis. And that’s due to heavy support; availability of a whole slew of open-source libraries for different purposes, including but not limited to scientific computing. Therefore, it’s not surprising at all that it’s claimed to be the preferred programming language for data science. There is a scope of unique features provided that makes Python a-number-one option for data analysis. Seeing is believing. So, just let’s overlook each option one by one.

Being involved in development for web services, mobile apps, or coding, you have a notion that Python is widely recognized thanks to its clear syntax and readability. Yes, these are the most famous language characteristics. More than that, a low and, thus, fast learning curve is the next pre-eminence of Python when comparing it with older languages on offer.

C#, Ruby, Java, others in the roll are much harder to master, especially for entry-level programmers. Python is focused on simplicity as well as readability, providing a host of helpful options for data analysts/scientists simultaneously. Thus, newbies can easily utilize its pretty simple syntax to build effective solutions even for complex scenarios. Most notably, that’s all with fewer lines of code used. That’s why it’s an ideal tool for beginners.

Having the experience of using some tools for free, you probably know that it is a challenge to get decent support. That’s not the case with Python, though. Despite the high simplicity, there can be situations when you still need help with Python. Being in widespread use in industrial alongside academic areas, Python has a broad array of helpful libraries with tons of helpful and support materials. The great benefit is that all the libraries are available at no cost.

The higher the popularity of the language is, the more cognitive info about real user experience is contributed. Hence, you’ve got access to the user-contributed codes, Stack Overflow, documentation, mailing lists, and so forth. Users around the world can ask more experienced programmers for advice and help when it’s needed.

The cool options don’t end there. So, let’s observe another reason why Python is really a fantastic option for data processing. Another strong feature of the language is the hyper flexibility that makes Python highly requested among data scientists and analysts. Due to that, it’s possible to build data models, systematize data sets, create ML-powered algorithms, web services, and apply data mining to accomplish different tasks in a brief period of time. Yes, such an advantage makes Python an ideal solution that the data science industry needs.

This Python’s feature is described right after the flexibility, not by accident, but because it is closely connected with the previous option. Comparing with other languages like R, Go, and Rust, Python is much faster and more scalable. Therefore, Python is good for different usages in various fields that can solve a wide range of problems. That’s why many companies have migrated to Python. Additionally, this language is perfect for the RAD of all kinds (as we’ve already stated above). What’s more, the data analysis is in the list of the industries where the language can be applied successfully.

As we have already mentioned, Python is one of the most supported languages nowadays. It has a long list of totally free libraries available for all the users. That’s a key factor that gives a strong push for Python at all, and in the data science, too. If you’re involved in the field, more than likely, you are acquainted with such names as Pandas, SciPy, StatsModels, other libraries that are intensively utilized in the data science community. Noteworthy is that the libraries constantly grow, providing robust solutions. Herewith, you can easily find a solution needed hassle-free without additional expenses.

It’s a kind of open-source language. That means you get at least two strong advantages. Python is free, plus it employs a community-based model for development. Yes, this issue and the previous paragraph are inextricably linked too. Besides of open-source libraries such as Statistics, Data Visualization, and Manipulation, ML, and more, Python has a massive community base with pieces of training and forums available.

That’s the way people all over the globe can exchange experiences, thoughts, and knowledge, as well as provide solutions, codes, and ask questions. We recommend you to go to the Python Package Index in case you are eager to learn more about the multifarious Python’s aspects.

It’s a well-known fact that visual information is much easier to understand, operate, and remember. Here is another portion of a piece of good news for you. There is a pack of diverse visualization options available. That makes Python a must-have tool not only for data analysis but for all data science. You can make the data more accessible and easier-to-use by means of creating various charts and graphics, as well as web-ready interactive plots. Yes, Python provides you with the capability to get a good sense of data.

Straight after you gather data, you’re to handle it. Python suits this purpose supremely well. So, seeking for the perfect tool for complex data processing or self-service analytics, we can’t but mention Python’s built-in data analytics tools. Dozens of data mining companies over the globe utilize Python to reduce data. Python also has the ability to penetrate patterns easily as well as correlate information in large sets and give better insights alongside other critical matrices in evaluating performance.

The success of your business directly depends on the ability to extract knowledge and insights from data to make effective strategic decisions, stay competitive, and make progress. Python is the internationally acclaimed programming language to help in handling your data in a better manner for a variety of causes.

First and foremost, it is one of the most easy-to-learn languages, pretty simple in use, with the best price ever (actually, it’s free!), with an excellent pack of features provided. Though Python is an open-source language, it remains well-supported by a huge community. All that makes Python perfect for newbies in the programming. In addition to that, Python is scalable and flexible enough to be applied in different fields and for various purposes.

Thanks to the pack of graphical options along with visualization tools that make data more accessible, Python is named as the most preferred language among the data analysts and data scientists. What’s more, it evolves constantly and becomes more effective, multi-feature, and tight.

Roman Zhidkov is CTO at the DDI development company. Roman is responsible for DDI’s technology strategy and plays a key role in driving new tech initiatives within the company.  He understands the context of the technology in terms of other technical areas, the customer’s needs, the business impact, and the corporate strategy.