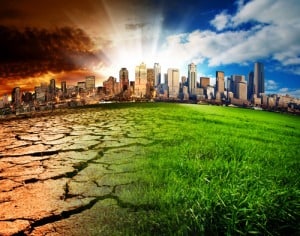 Climate change negotiations and agreements could be more focused and aligned with the use of an artificial intelligence model built on real-world data.

Governments, organizations, and other bodies have committed over the last decade to lower, or in some cases reach net-zero emissions in the next 10 to 50 years, in an effort to avoid the worst climate change forecasts.

As there is no single entity responsible for these reduced emissions agreements, policy goals may be misaligned or incompatible with a country or organization’s economic structure, which can lead to poor end results.

This machine learning simulator, named RICE-N, takes into consideration real-world data on investing, mitigation, international trade, tariffs, negotiation, and agreement, amongst other data points. With it, policy and decision makers can make more informed choices on how to tackle the climate crisis.

The collaborative group is looking for people of many disciplines, including AI researchers, economists, climate scientists, and behavioral scientists, to contribute with the implementation of the model. It is also looking for ethics, legal, and policy experts to help shape the analysis and communication of the results of the AI model.

“We plan to form a diverse working group with interested competition participants – in particular, teams whose findings are of sufficient scientific or policymaking novelty,” said said Stephan Zheng, lead scientist at Salesforce Research. “The working group will write a research paper based on the findings in the competition. This work will be submitted to a peer-reviewed journal and undergo rigorous scientific and ethical use review. Following this, given suitable findings, we intend to write a policy brief with actionable insights for policymakers, which will be distributed and promoted through our partners. We also plan to organize a marketing campaign around the findings of the competition.”

The deployment of artificial intelligence for climate change has been pushed heavily in some quarters, with 87 percent of climate and AI leaders believing it is critical in the fight against climate change in a report by AI for the Planet Alliance, in collaboration with Boston Consulting Group. In the same report however, only 40 percent of respondents could envision AI being deployed in their own field to reduce climate change.

This speaks to a technical difficulty across governments and industries, in that AI is considered a fancy tool that may be of use somewhere, but is not considered useful by decision makers for their own area of expertise. Without collaboration between engineers, researchers and other AI representatives and decision makers, this gap in knowledge will continue to be apparent.