Home / Analytics / Containers Change the Virtualization Game, So Why Aren’t Dev Teams On Board Yet? 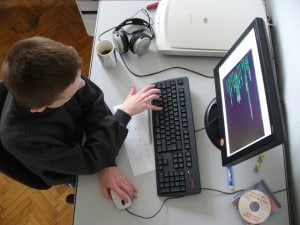 Containers are rapidly reshaping the landscape of open source technology. Harnessing the security of traditional virtual machines, reducing the operating system footprint needed to run and adding in a new mix of speed and density, containerization has quickly come on to the scene to redefine how we think about and deploy open source tools.

And, the industry momentum is clearly behind containers, too, with application containers expected to increase their market value by 150 percent over the next three years, outpacing the growth of every other segment of the cloud-enabling technologies market.

So, why does it seem like developers and enterprises are almost missing the forest for the trees here and treating containers like typical virtual machines – or worse, steering clear of them altogether?

CIOs are wary and security misconceptions are to blame

As with any new technology that shakes up the old ways of doing things, containers naturally lend themselves to a lot of commonly-held myths and misconceptions. And, unfortunately, these misperceptions have spread quickly throughout the industry and left many enterprises with the wrong idea about containers right from the start.

One of the most persistent misconceptions that just can’t be shaken, it seems, revolves around security – specifically, the idea that LXD machine containers are somehow less secure than typical virtual machines. It’s an understandable concern. After all, cybersecurity is more top of mind than ever before, for not just IT and CIOs, but other C-suite executives who may not be especially well-versed in security, but have seen other companies take a beating in the press over data breaches caused by lax security procedures. They naturally don’t want to see the same happen to their organization.

Whenever a new technology hits the market, one of the first concerns to be raised about it is its security effectiveness. Ironically, virtual machines faced this same concern when they first appeared, too, with developers wondering whether VMs were as safe and reliably secure as bare-metal.

But, here are the facts: containers improve security by isolating applications into their own silos, ensuring that if one is somehow compromised, it can’t spread to others in the stack. More to the point, because of the visibility that systems like Kubernetes provide, developers have a stronger insight into how clean their containers are and how effectively they’re bottling up applications from each other.

It’s important that developers and CIOs are given the right information on containers. When misconceptions prompt concerned developers to treat containers like regular virtual machines, or dismiss them altogether, they miss out on the high-performance, high-efficiency benefits that they have to offer.

What containers can actually do

Debunking these misconceptions means spelling out what exactly containers can actually do for enterprises and developers, such as:

All of this amounts to a game-changer in the enterprise IT world and underlies exactly what makes containers a serious step above virtual machines. Containers are a new form of virtualization, a break from the virtual machines of yesterday – and it’s about time developers and enterprises start ignoring the myths and misconceptions, and begin focusing on the real-world benefits and advantages that containers have to offer them.