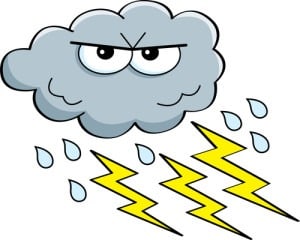 GitLab has announced its intention to move from Microsoft Azure to GCP later this month, a shift the open-source code repository first mentioned in April.

GitLab has announced its intention to move from Microsoft Azure to Google Cloud Platform (GCP) later this month, a shift the open-source code repository first mentioned in April this year.

The move comes just weeks after Microsoft announced it will acquire GitHub for $7.5 billion. GitLab claims the change in cloud provider is less about the acquisition and more about the repository’s focus on Kubernetes.

Kubernetes is a container orchestration platform originally developed by Google and now maintained by the Cloud Native Computing Foundation. GitLab believes the platform is the future, capable of providing reliability at massive scale, which is a necessity for the organizations – Alibaba, IBM, and SpaceX – that use the repository.

“This is why earlier this year we shipped native integration with Google Kubernetes Engine (GKE) to give GitLab users a simple way to use Kubernetes,” said Andrew Newdigate, GCP project manager at GitLab. “Similarly, we’ve chosen GCP as our cloud provider because of our desire to run GitLab on Kubernetes.”

GitLab intends to use its Geo product, which allows read-only mirrors of GitLab instances. Using this should allow GitLab to recover any lost data during an unplanned outage. It will also be used for the failover procedure, scheduled for July 28, 2018, where GitLab will iron out any issues and ensure the integrity of user’s data.