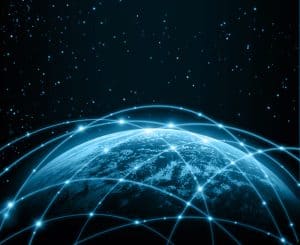 A new study by the ITU found 2.9 billion people are without internet access worldwide, with a majority of them located in developing countries.

2.9 billion people, or about 37 percent of the world’s population, have yet to access the internet, according to research conducted by the International Telecommunications Union (ITU), a United Nations specialized agency tasked with improving telecommunications cooperation and development around the world.

ITU found that of the 2.9 billion, 390 million are not covered by any broadband signal, making it impossible to access the internet from their location. 96 percent of people that have not accessed the internet are based in developing countries.

Internet uptake accelerated during the pandemic, rising from 4.1 billion people before the pandemic in 2019 to 4.9 billion in 2021. However, the acceleration specifically happened in 2020, when internet users increased by 10.2 percent. In 2021, that percentage fell to 5.8, similar to pre-pandemic figures.

In most countries, the gap between men and women on the internet is narrowing, however in poorer countries there is still a noticeable divide. 62 percent of men use the internet worldwide, compared to 57 percent of women. In the developed world, the gap is one percent towards men, but in Africa and the Arab States, there is a 11 percent and 12 percent gap, respectively.

In Asia Pacific, the gap has narrowed in recent years, to five percent difference in 2021. The Americas is the only region which has more women using the internet than men, although the difference is a marginal one percent.

Urban-rural divide is still a major challenge in developing world

Another divide which has not seen as much progress in the past five years is that of urban and rural dwellers. This divide is especially pronounced in the developing world. Globally, 76 percent of people in urban areas have accessed the internet but only 39 percent in rural locations.

In Africa, the divide is even starker, at 50 percent for urban to only 15 percent rural users. In Asia Pacific, there is a 36 percent difference; in Arab States the difference is 34 percent. Even in The Americas and the CIS region, there is a 23 and 16 percent gap, respectively.

Europe has the smallest divide, at three percent, most likely due to the billions spent by European countries on rural broadband infrastructure and that the region is more concentrated.

Deployment of rural broadband may not come anytime soon to developing countries, due to costs and the expansiveness of some regions. Satellite broadband, in the form of SpaceX’s Starlink, could be one way to provide internet access to rural areas at a cheaper cost.

95 percent of the world can access 2G or 3G connections, providing most people with basic internet access, however to utilize the newest apps and platforms, 4G and 5G deployment will be necessary.

Generational divide apparent in all regions

Across all regions, the younger the user, the more likely they are to access the internet. In the developed world, 99 percent of users aged 15 to 24 have accessed the internet, that percentage drops to 87 for users older than 24.

Unlike the previous two divides, there isn’t a major difference in the gap between regions. The average discrepancy between ages was 14.5 percent, with Asia Pacific the highest at 19 percent.

This is a good sign for internet connectivity and interest as a whole, as it shows in each region younger people want to and are finding the ability to access the internet.