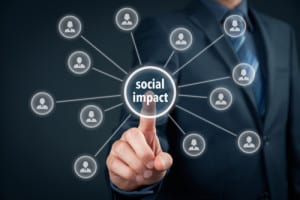 Neo4j’s Graphs4Good project aims to support the use of graph-based data technology in efforts to bring greater social impact from their tech.

A new initiative called Graphs4Good aims to support the use of data – specifically graph-based data technology – in efforts to uncover illegal activity, further medical advances and take on some of today’s biggest social challenges.

Graphs4Good is a project of San Mateo, Calif.-based Neo4j, a developer of a native graph platform designed to drive adoption of real-time business applications, including artificial intelligence and machine learning systems. The company announced the launch of both the Graphs4Good initiative and the new Neo4j 3.5 version of its platform at this week’s GraphConnect 2018 conference in New York.

While various groups have used Neo4j’s graphing technology to push positive social change in recent years, the Graphs4Good program aims to provide a centralized vehicle for showcasing and supporting these ongoing projects that seek to improve the world.

See also: How rice farmers use IoT to save water and carbon emissions

“Collectively, the Neo4j community has been using graph technology to solve some of society’s most pressing problems: tax evasion, climate change, curing cancer, advancing women and pushing the boundaries of human knowledge,” said Neo4j CEO and Co-Founder Emil Eifrem in a blog post. “Whether they’re working at non-profits, government agencies, newsrooms or research labs, these changemakers are working countless hours to make the world a better place.”

Graphs4Good projects include the International Consortium of Investigative Journalists’ (ICIJ) work with Neo4j and the Linkurious graph visualization tool that blew open the secret and shady world of Swiss private banking in 2015. Following the Swiss Leaks story, the ICIJ went on to use such connected data tools to delve into the Panama Papers, which exposed corruption on a global scale and won them the Pulitzer Prize.

The Graphs4Good initiative also includes several projects working at the frontier of medical research. These include eight graph-powered projects working on a cancer cure and the German Center for Diabetes Research who uses Neo4j in their complex patient research.

Concurrent with the launch of its humanitarian data venture, Neo4j also launched the latest iteration of its platform, version 3.5, at this week’s GraphConnect conference.