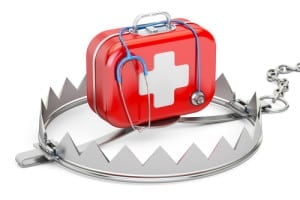 Free guide: Download this white paper and learn how artificial intelligence and cognitive science can prevent criminals from exploiting addicts for insurance reimbursements (and worse).

According to the Centers for Disease Control and Prevention, more than half a million people in the U.S. died from drug overdoses from 2000 to 2015. The New York Times reported in June that for Americans under the age of 50, drug overdoses now are the leading cause of death.

Criminal elements have gained a foothold in the industry driven by the fact that health insurance payers reimburse addiction treatment providers for activities rather than outcomes. Each addict becomes a source of insurance payments for services that may or may not actually be provided.

This practice encourages brokers to recruit people with substance-use disorders to treatment centers and sober-living homes in exchange for a percentage of insurance payments. Because outcomes do not affect reimbursements, operators allow addicts to continue taking drugs. Some operators earn extra income from prostitution by drugging and confining female addicts.

According to “Taking On Addiction Treatment Fraud: Monitoring an Unregulated Industry with AI and Cognitive Science,” a free whitepaper produced by Cognizant, these “addiction brothels” exact a large toll on the economy and public health. Addicts who find themselves in these centers do not receive treatment and may return home to thousands or tens of thousands of dollars of debt for their portion of (unnecessary or fake) treatment bills.

View the white paper to learn about a two-part solution to root out and shut down addiction brothels.