Home / Analytics / How IoT Just Keeps Getting Smarter and Smarter 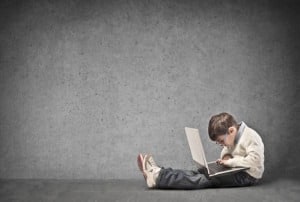 IoT is complex with immense amounts of data that can overwhelm enterprises. Leading organizations are applying analytics that will help make sense of it all.

The Internet of Things (IoT) is evolving into more than just a gigantic global glob of connected sensors — it is now rapidly becoming intelligent as well. That’s where it is beginning to truly deliver economic benefits to businesses with the wherewithal to tap into this global brain.

That’s the gist of a recent study published by Dresner Advisory Services, which finds intelligent IoT is beginning to make an impact in selected areas of organizations. The study’s authors find that 32% of companies are making investments in IoT today, with another 48% planning investments over the course of the next two years. A majority of these investments will be focused upon IoT data analysis, versus IoT infrastructure or an IoT data supply chain.

There’s a direct correlation between IoT investments and business intelligence, Howard Dresner, president of Dresner Advisory Services, observed in a recent webcast. “IoT is huge,” he relates. “Yes, there a hype engine associated with it. But it’s real. The sensors are doing their job, and the data is being collected on a cloud somewhere. It’s still in its early days, and it’s going to have a significant impact.”

Organizations that feel IoT is important also tend to be well ahead of the curve with business analytics, Dresner notes. “As part of that, they plan to be taking advantage of things like advanced and predictive analytics with IoT, separating the signals from the noise,” he adds. “IoT really gets complex. You have to use advanced techniques if you’re trying to make sense of the myriad of data that’s going to be presented as part of IoT.”

The departments most active in the intelligent IoT space at this time include sales and marketing, operations, and IT, the study shows. These are the areas in which IoT is considered important by more than 40% of executives. The most compelling use cases include gaining real-time customer feedback on product or service performance. By industry, the leading sectors include financial services and business services.

Advanced and predictive analytics are considered the most critical IoT-related investments at this time, the survey also finds. More than 80% cite these types of investments as critical to important,, the highest level since the survey was first conducted in 2014. The features for advanced and predictive analytics considered to be most important, cited at least 80% to 90%, consist of support for a range of regression models, hierarchical clustering, descriptive statistics, and recommendation engine support.

Looming large on the IoT analytics scene is artificial intelligence and machine learning, Dresner adds. “It goes hand in glove with things like big data and IoT,” he says. “In order to make sense of vast volumes of diverse data, it’s important to have a little help. Things like AI and machine learning can definitely add to the mix, and give you another tool that you can use to take advantage of that data and try to t distill it down to something that is understandable by human beings.”