Home / Analytics / How to Control Disease Outbreaks with Real-Time Tracking 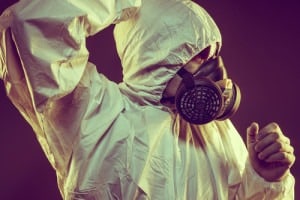 Thanks to mobile and real-time technologies, infectious diseases are being identified and managed in the critical earlier stages of outbreaks.

Contagious diseases have been hard to spot in rural, impoverished lands that lacked adequate medical reporting and communications networks. Now, thanks to mobile technologies and backend reporting systems, it’s possible to identify potential outbreaks before they become more of a widespread threat. Nowhere are the benefits more apparent than rural Uganda, where local children were under threat of a potentially debilitating disease.

In a recently published paper, researchers from Oregon Health and Science University demonstrated how health officials are able to detect, in real time, incidences of a childhood neurological diseases in rural Uganda. Implementation costs were low, and the program employed lay health workers with a minimum of training. The teams tracked an epidemic of Nodding Syndrome — also known as NS, a childhood epileptic encephalopathy in East Africa — using pre-programmed smartphones.

“Absence of health monitoring of rural populations in low-income countries allows diseases to emerge and spread for months before their detection by public health authorities,” the researchers observe. In this pilot program, eight young adults from the region were trained to administer questions and transmit answers using pre-programmed mobile phones. Over a three-month period, each worker monitored an average of 40 children suffering from NS.

The technology involved in the project included inexpensive, locally purchased airtime-loaded smartphones, supported by the local telecommunication company MTN. The smartphones were individually programmed with Magpi software. With every phone, a portable power supply consisting of a solar energy panel/bulb and a battery with dual USB charging ports was also provided.

For each child, the researchers report, episodes of head nodding, convulsions, injuries, deaths and availability of anti-seizure medication were reported weekly and the data instantaneously assembled by customized software from Magpi, “Data submitted for analysis in U.S. and Uganda remotely pinpointed the household location and number of NS deaths, injuries, newly reported cases of head nodding, and the presence or absence of anti-seizure medication.” Medical personnel visited the affected households

A total of 240 NS-affected households and an average of 326 children with NS were monitored by mobile health workers. Data submitted for analysis in the U.S. and Uganda remotely pinpointed the household location and number of NS deaths, injuries, newly reported cases of head nodding, and the presence or absence of anti-seizure medication.

The reporting network not only provided a real-time map of known cases but also revealed previously unknown cases as well. “The study demonstrates the feasibility of using lay reporters to build a current and continuously updatable medical geography of the rural populations in which they reside,” the Oregon Health and Science researchers state. “Wide application of this type of real-time health surveillance could result in the early detection and control of disease in remote populations.”