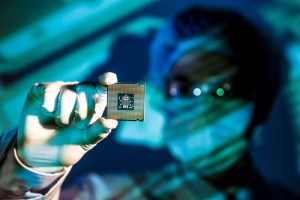 Incorta will now be offering its enterprise analytics platform on standard configurations of the HPE Superdome Flex Server, the company announced. This will allow companies of all sizes to use Incorta as their single source of data made ready for real-time analytics at high speed and scale and low cost.

HPE and Incorta have developed several reference configurations to help enterprises see how the two company’s combined analytics technology can help them lay a foundation for their own deployments. The base configuration consists of 4 industry standard Intel processors with 1.5TB of memory and a choice of cores, along with the ability to scale up to 896 cores and 48TB of memory in a single system.

This will allow companies to grow their infrastructure as their data volume and user needs grow. The combined technology from Incorta and HPE will enable enterprises to analyze terabytes of data within second and rapidly aggregate large data sets to deliver deeper insights while keeping costs low compared to traditional data warehousing. Incorta’s subscription pricing can be paired with HPE GreenLake Flex Capacity to give users the benefits of the public cloud and on-premises security and IT.

“Through our partnership, Incorta and HPE deliver to enterprises pre-tested and defined options that can scale up to meet the demanding needs of any modern analytics initiative,” said Osama Elkady, CEO of Incorta. “Like many other Incorta Fortune 500 customers, even the largest enterprises now can make timely and more accurate data-driven decisions while reducing licensing costs and redeploying to innovative projects thousands of man hours that are typically spent on operating and maintaining traditional data warehousing technologies.”