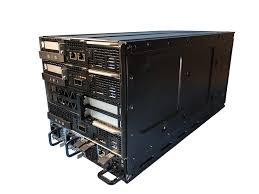 “Communication service providers have come a long way in virtualizing their networks. As this continues, the distribution of converged communications and compute capacity throughout the network will accelerate lower costs and improve service,” said Dr. Tom Bradicich, Vice President and General Manager, Converged Servers, Edge and IoT Systems, HPE. “The HPE Edgeline EL8000 Converged Edge System delivers the capabilities of closed proprietary systems and more, but on an open-standards platform, combined with proven data-center class IT.”