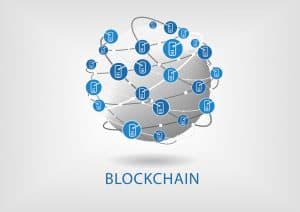 Blockchain could serve as an automatic registry for ownership and maintenance status for devices and systems connected via IoT, validating ownership and state of repair.

It has just been reported that more than 500,000 servers and IoT devices across the globe were exposed by a hacker, exposing usernames, passwords, and IP addresses. Perhaps this is making the case for introducing blockchain or some other distributed ledger technology to lock down IoT networks.

Research group Gartner, for one, is bullish on blockchain-enabled IoT, and has data to back it up — calling this convergence the “sweet spot for digital transformation and innovation.” Seventy-five percent of IoT technology adopters in the U.S. in a recent Gartner survey have already adopted blockchain or are planning to by the end of 2020.

How is the IoT-blockchain convergence manifesting itself? The food industry is a prime example. Juniper Research predicts that the adoption of blockchain and IoT sensors and trackers could reduce food supply chain costs by $31 billion by the year 2024. .Blockchain could validate the origin and authenticity of food products.

Within all industries, blockchain could serve as an automatic registry for ownership and maintenance status for devices and systems connected via IoT, validating ownership and state of repair.

Trust is the most important driver of blockchain in IoT. Of the respondents in the Gartner survey who are implementing blockchain technology in conjunction with IoT, nearly two-thirds chose “increased security and trust” as either the primary or secondary driver for implementation. More than half of respondents said the top benefit is an increase in business efficiency and lowering costs.

Cybersecurity is a huge plus seen for blockchain in IoT, the Gartner survey also shows. Currently, there’s no practical cybersecurity to secure the millions of low-power IoT devices around the globe, said Itsik Harpaz, vice-president at Essence Security and a blockchain-based security advocate, in a recent CNET interview. “It’s still a blue ocean in reference to hackers. The world was still very naive. Ring doorbells are hacked, and now your home is not secured. There are starting to be regulation processes like in California, where the government decided that they need to have cybersecurity for IoT. The world’s starting to change.”

The security offered by distributed ledger An emerging open source distributed ledger technology, IOTA, also is seen as a way to secure IoT devices. The approach is based on “The Tangle,” a Directed Acyclic Graph (DAG), “to implement fast, fee-less and secure decentralized transaction confirmations, primarily for the IoT,” according to a report published by FS Insight.

“Powering a secure, scalable and fee-less transaction settlement layer, IOTA will empower machines and humans to participate in flourishing new permissionless economies,” according to IOTA.