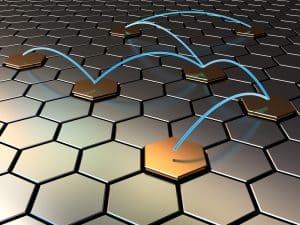 Saving CAPEX is crucial for enterprises in their roadmaps to upgrade to a private 5G/LTE network. Open-source solutions can help.

5G is everywhere now. Telecom networks in several countries are in the process of demonstrating 5G or already have done so. At this point in time, 5G still is difficult to realize on a large scale. But enterprises are thinking of it and are in the process of implementing it for their end-users. It is worth saying that the major disruption of 5G networks will come from deployments by enterprises. Specifically, look for disruption from private 5G and LTE networks.

There are few key things that are driving private players and enterprises to adopt 5G network for internal use, such as an open-source software stack that runs on commercial off-the-shelf-computing equipment or appliances. Additionally, the advent of an open spectrum movement called Citizens Broadband Radio Service (CBRS) in the U.S. allows enterprises to deploy and operate 4G LTE and 5G networks without the involvement of a mobile operator. CBRS is meant to replace legacy Wi-Fi with a stronger and secure 5G network.

Currently, we all are using LTE networks provided by telecom operators. LTE has a built-in mechanism for security and broad coverage. Every LTE device must have a physical or an electronic SIM (Service Instance Manager) card to access the network, and the network software has a database with detailed permissions on all the SIM card owners and what they can do. And further, it has components like RAN (Radio Access Network) and EPC (aka evolved packet core). EPC is the back-end software that talks to the radios, authenticates users, routes the traffic between the radio and the internet, and more.

For owning the 5G network for enterprises, LTE needs to be made available as private LTE. This has been made possible with CBRS in the U.S. With CBRS, wireless spectrum becomes available to all, and anyone can have their own private LTE or 5G deployments without procuring spectrum licenses. One can think of CBRS as the next step for Wi-Fi networks with better wireless range and robust network management feature sets.

Telecom operators spend a huge amount of money to acquire wireless spectrum licenses from governments. Most of the time, enterprises cannot spend much money to acquire their own spectrum. Some countries like Germany, United Kingdom, Sweden, Hong Kong, and Australia offer low-cost licenses, and more countries are planning to follow the same strategy.

To build their own private LTE networks, enterprises cannot afford to spend more on proprietary resources that are costly and expensive to maintain, upgrade, and replace in fallback situations. They look for saving CAPEX and OPEX by going after open-source EPC (Evolved Packet Core) packet core software and vendor-agnostic hardware resources to run any platform.

Let’s look at a couple of such open-source platforms, which enterprises can use to get started quickly on their roadmap to a 5G or LTE network.

FreedomFi is a startup focusing on making 5G open for private use. FreedomFi joined hands with an open-source project from Facebook called Magma Project to create a unique software stack that will run with a FreedomFi gateway appliance to kick start a 5G network. Magma Project is a collaborative effort of three open-source communities: the OpenStack Foundation, Telecom Infra Project, and Open-Air Interface.

Aether is another open-source platform released by Open Networking Foundation (ONF) in March 2020. It enables enterprises to establish 5G/LTE mobile connectivity and provide edge cloud services. Using Aether, enterprises can provision services and manage a network using a central cloud. It supports low-cost licensed private 4G and 5G and unlicensed (CBRS) spectrum. Aether aims to replace the use of Wi-Fi in enterprises with efficient private cellular networks. Such networks would be more efficient in terms of capacity, security, and reliability. Aether brings a cost-effective open-source platform along with the use of COTS network processing equipment. This way, enterprises can use their network to handle mission-critical IoT workloads as well as natively support edge applications and AI/ML services.

The Aether platform is deployed at an enterprise edge site, which is connected with a central cloud for control and management of different edge sites. Aether also leverages some of the other ONF projects like SD-RAN to be aligned with Open RAN innovation and Mobile Core (OMEC) to control edge locations using control planes. Built using ONF’s CORD and ONOS platforms, Aether components are orchestrated using Kubernetes.

Saving CAPEX is crucial for enterprises in their roadmaps to upgrade to a private 5G/LTE network. Aether project and FreedomFi, along with Magma, are good starting points to kick start the network upgrade. Such solutions are backed by communities like ONF, OpenStack, Open-Air Interface, and Facebook’s TIP and Magma. Considering this heritage, it is worth giving one or both options a try.