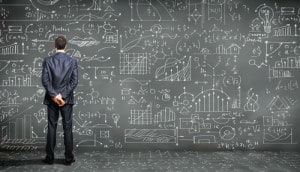 The tools and integrations are designed to provide significant upgrades in the speed of data science projects.

Looker’s offerings help data scientists spend more time on high-value tasks by removing the hassles of data prep and freeing up time that otherwise would have been spent on it.

The company’s platform delivers governed data at scale and easy to understand insights in a user-friendly dashboard. The improvements include integration with Google TensorFlow, Python connections, an SDK for T and streamed results. They also offer partnerships with highly regarded data science vendors.

“Cleaning and preparing data is not the most valuable use of time for data scientists,” said Frank Bien, CEO of Looker. “Looker eliminates that time-consuming work, making data science workflows vastly more efficient. With Looker, data scientists can spend more time on high-value model building, creating greater business impact, and moving on to the next problem faster.”

“We use Looker as a single source of truth for clean data about our clients, and rely on it when building predictive models or collaborating on metrics with other teams internally,” added Julia Silge, data scientist at Stack Overflow. “It’s a massive time-saver for us, reducing steps that used to take hours to only a few minutes.”

According to the company’s announcement, key features include:

For more info, join Looker’s webinar hosted by Data Science Central to learn how innovative companies are modernizing their tech stack and workflows for data scientists.