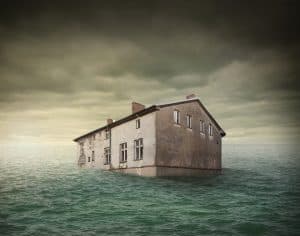 Flooding is one of the most common and damaging weather-related events, happening every day somewhere in the United States, according to FEMA.

In an effort to inform citizens before the event and reduce damage, researchers at the Northern Arizona University (NAU) are working with city planners in Flagstaff, Arizona, to build a flood management platform called FloodAware.

The aim is to have a system that can calculate the severity of the flood and inform residents on the correct course of action, before it becomes too late.

To do this, NAU researchers are deploying a range of sensors, cameras, and “crowd-sourced” images.

“We realized that cutting-edge hydrological modeling, image processing, and real-time sensing techniques could be brought together to help citizens, city administrators, and first responders better react to flooding and, ideally, be warned of imminent flooding before the water arrives” said Eck Doerry, a professor in the School of Informatics, Computing, and Cyber Systems.

“The system will integrate numerous data streams to calculate real-time maps of current and upcoming flooding and can then send a notification to citizens in endangered areas. This is really what being a smart city means to us: the city keeps an eye on threats and warns citizens in appropriate ways.”

While sensors built for flow monitoring are the best way to identify incoming floods, the price of the equipment is an issue. That is why the NAU researchers also are building an application for citizens to upload images of rainfall, and city cameras will be re-purposed for the same cause.

“When a simple snapshot image becomes a valuable data point, every citizen with a cell phone will be able to contribute to improving flood map accuracy, as well as get real-time information on flood dangers right on their cell phone,” Doerry said.

The hope is that with this constant stream of data, the main actors in flood emergency and management will be able to reduce the amount of property damage and save lives.

This is a particularly pertinent issue, considering for the best part of the year, towns and cities close to the Mississippi River have seen record-setting flooding. Estimated flood damages over the year may have exceeded $12 billion – with thousands forced from their home.